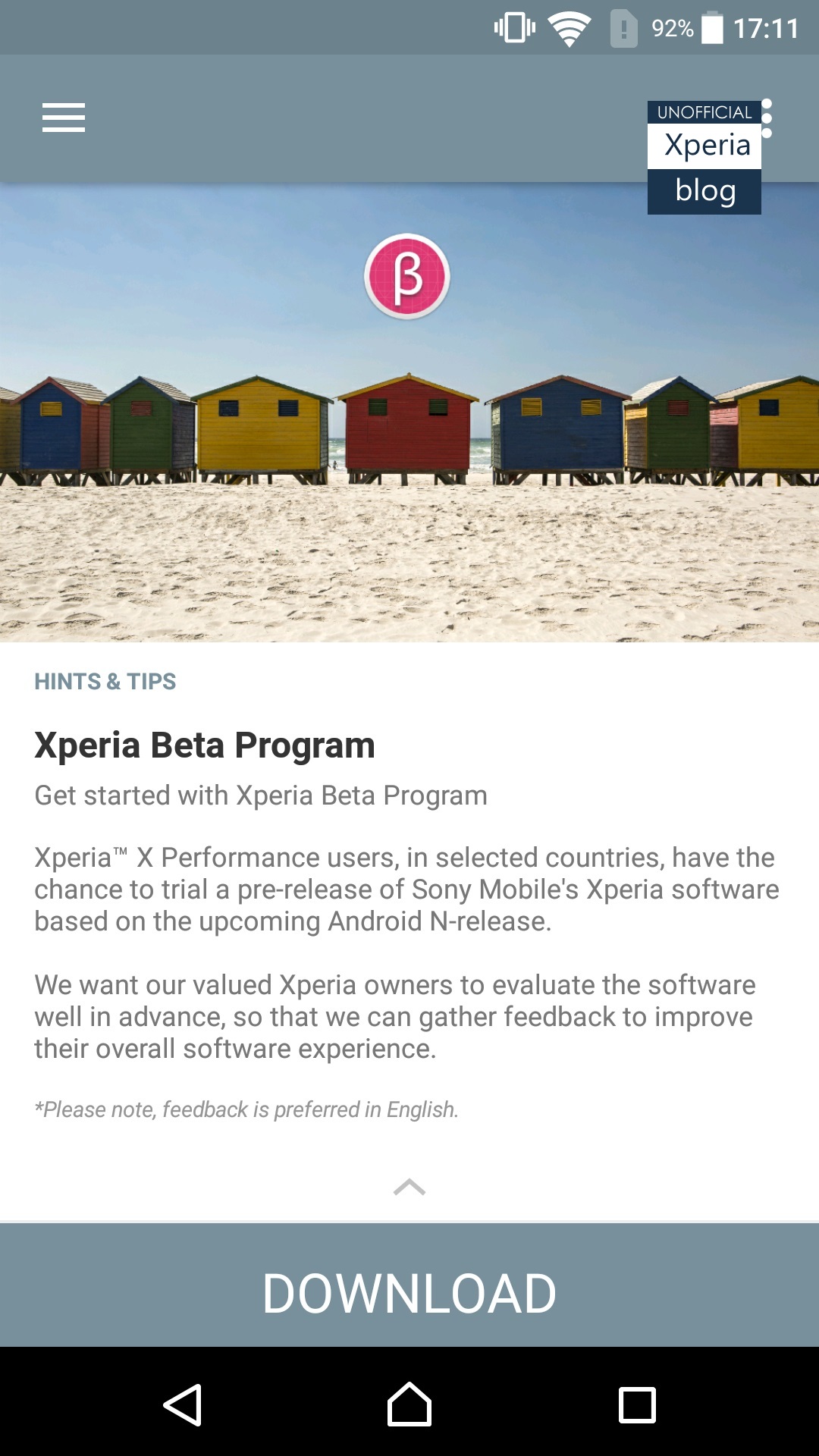 Now the company has announced Android Beta Program for Sony Xperia X Performance. Thr company has pushed a new update to the ‘Xperia Beta Program’ app in thr Google Play Store. Earlier it was available for Xperia Z3/Z3 compact users. The Sony Xperia Android Nougat beta program is available in select countries. List of countries is given below,