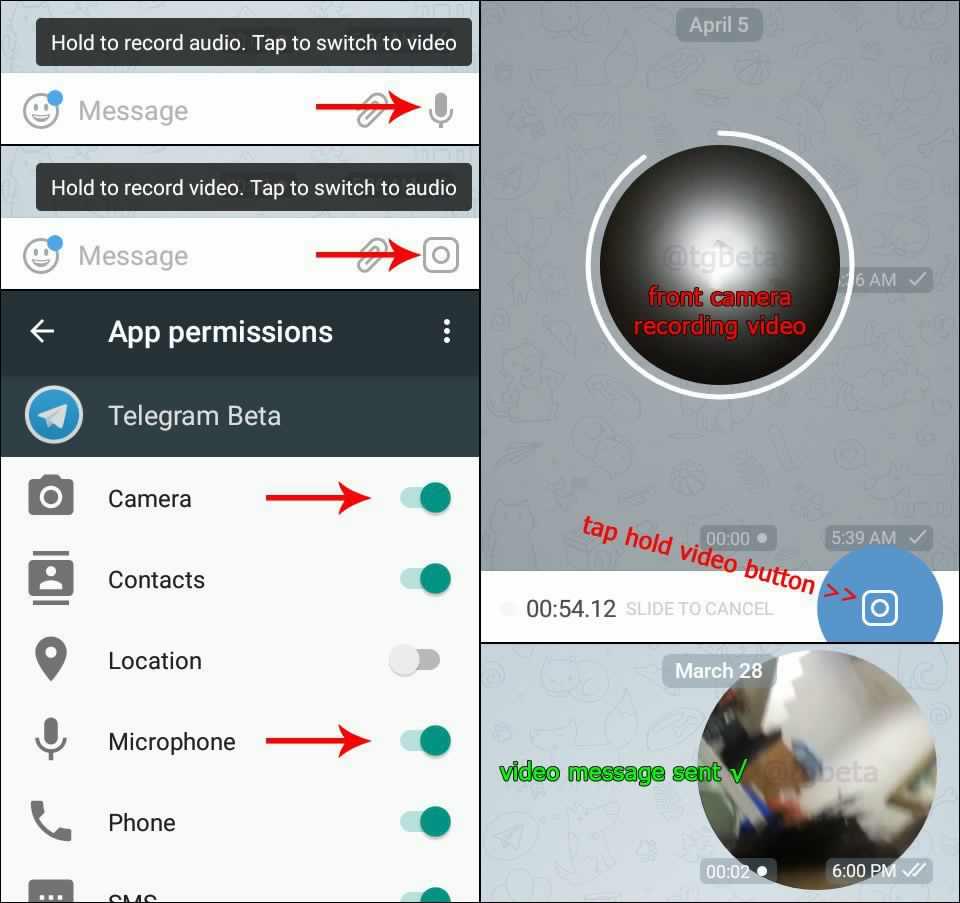 Recently we reported about Telegram getting support for themes to it’s Android app.

Now it seems the company is bringing another new cool feature to the Telegram app for Android.

Yesterday, the company published few new Alpha and Beta builds of the app and one of which brought some interesting changes. The latest change noticed by Planet mobile Italia is video message. The video message comes with Telegram beta version 3.18.1 . With Telegram Beta 3.18.1 for Android, you can now send a short video message.

Sending a video message is very simple. In order to do that, you need to just tap and hold on the image icon located at the right of text box and you can record your video message there.