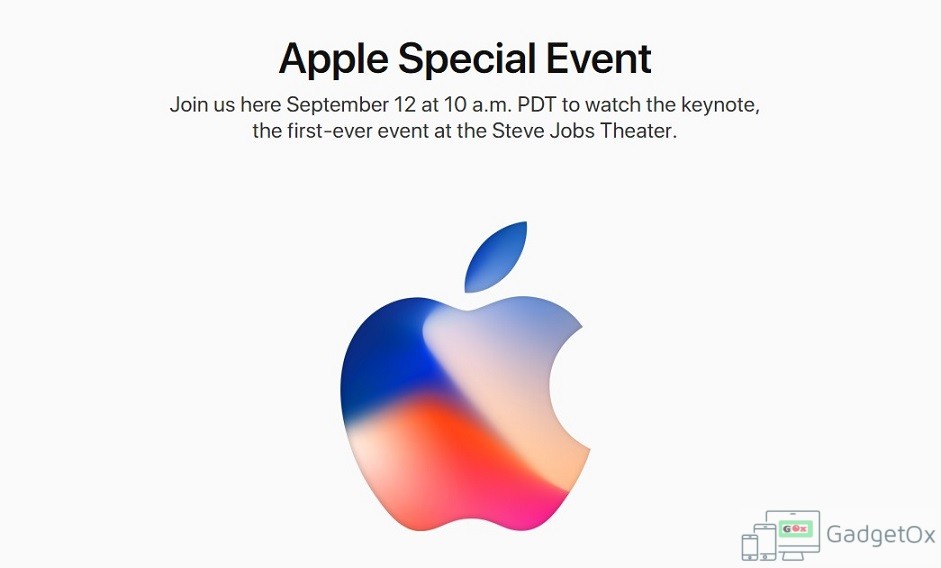 Apple’s iPhone or mixed hardware event is knocking on the door and today (Sep 12) is the day Apple fans have been waiting very very eagerly. Apple is expected the launch the next iPhone (iPhone 8) and the venue is the company’s brand-new Steve Jobs Theater at Apple Park campus.

Now since press invites have already been sent, you might wonder how to catch up all the announcements in person if you didn’t get an invite. Well, rejoice as Apple will be live streaming the entire keynote live from Cupertino to your home or office.

So the next thing you gotta do is bookmark this special event page and come back at 10 am PT or 10:30 PM IST to catch the iPhone 8 announcement. It would be better if you could just add the event to your calendar so you get a prompt automatic reminder before Apple goes live.

Join us September 12 at 10am PT to watch the #AppleEvent live at https://t.co/xi6CRXgQPH. Retweet for updates from @Apple. pic.twitter.com/QYyd7HNoGL

Now comes the hard part as with Apple’s Live streaming uses Apple’s HTTP Live Streaming (HLS) technology and HLS requires an iPhone, iPad, or iPod touch with Safari on iOS 9.0 or later, a Mac with Safari on macOS v10.11 or later, or a PC with Microsoft Edge on Windows 10. Streaming via Apple TV requires an Apple TV (2nd or 3rd generation) with software 6.2 or later or an Apple TV (4th generation).