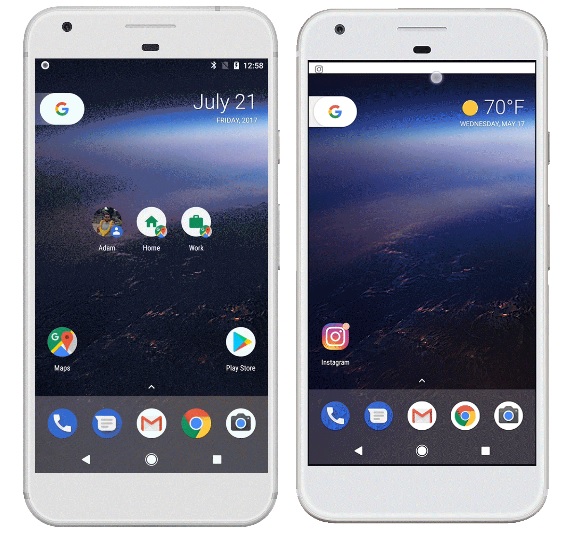 Google has made Android 8.0 Oreo official with releasing the final update to devices enrolled to Android Beta program. Android 8.0 brings many new features such as picture-in-picture, autofill, integrated Instant Apps, Google Play Protect, faster boot time, and much more. You can read the full official changelog below.

As per Google, Pixel and Nexus 5X/6P Android 8.0 Oreo builds have entered carrier testing and Google expects to start rolling out in phases over the next several weeks, alongside Pixel C and Nexus Player.

In Android 8.0 Oreo we focused on creating fluid experiences that make Android even more powerful and easy to use, such as:

We also invested in Android Vitals, a project focused on optimizing battery life, startup time, graphics rendering, and stability, while giving developers better visibility over the health of their apps:

In Android 8.0 your app can directly pin a specific app shortcut in the launcher to drive engagement (left). Notification dots keep users active in your app and let them jump directly to the app’s core functions (right).

Adaptive icons display in a variety of shapes across different device models.