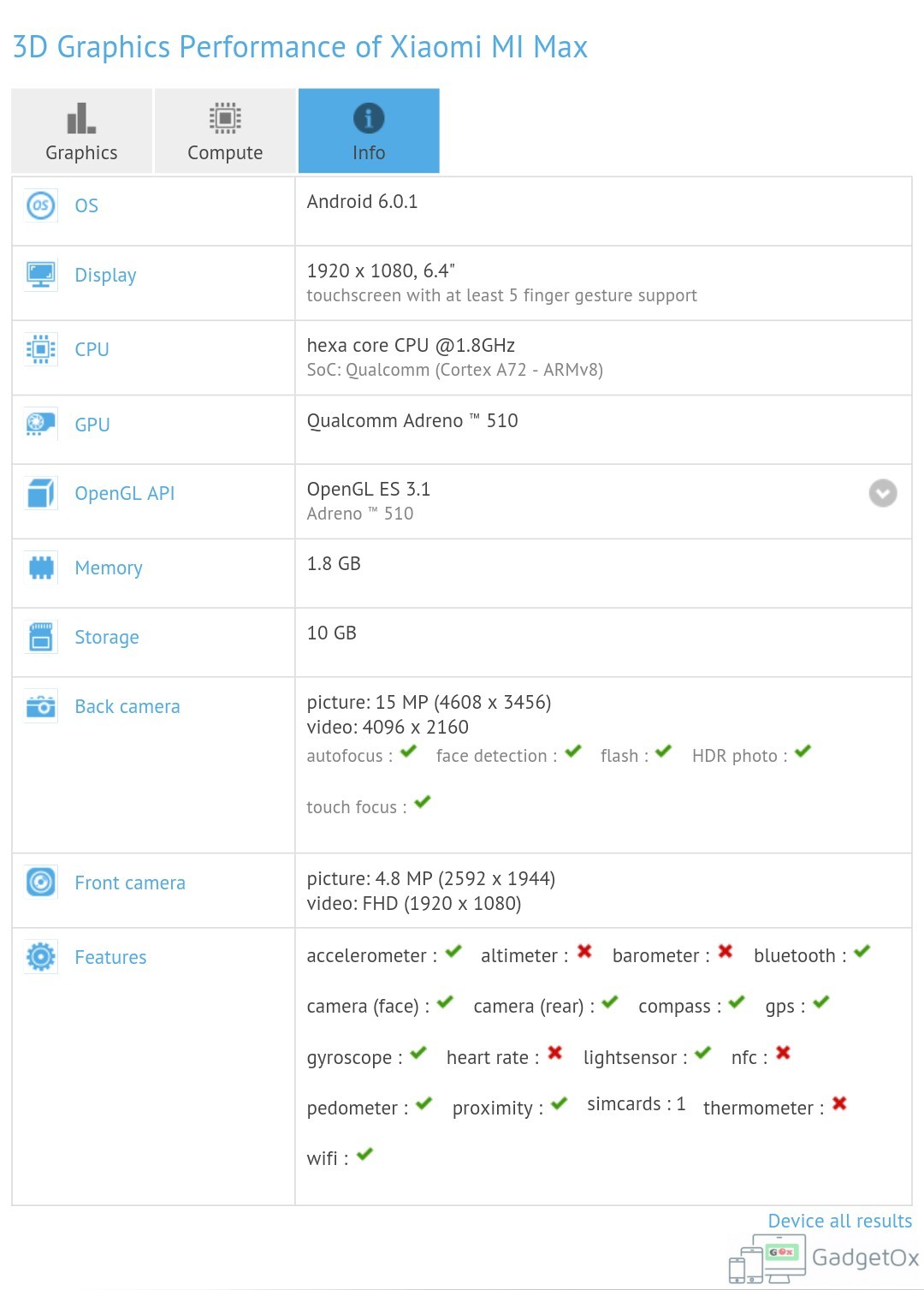 It was already reported that Chinese manufacturer Xiaomi working on another phablet called Xiaomi Max. The company already conducted an online poll for the naming of their next device. Later some other details about the Xiaomi Max were leaked.

Now the device has been spotted on benchmarking site GFXBench. It has also revealed the full source of upcoming Xiaomi Max smartphone. According to the leak it will be having 6.4-inch full HD display. There will be 2GB of RAM with 16 GB of internal storage. The processor used us Hexa Core Qualcomm Snapdragon 650 which is also used in the Xiaomi Redmi Note 3 smartphone.

You can read the full details of Xiaomi Mi Max at its dedicated page.