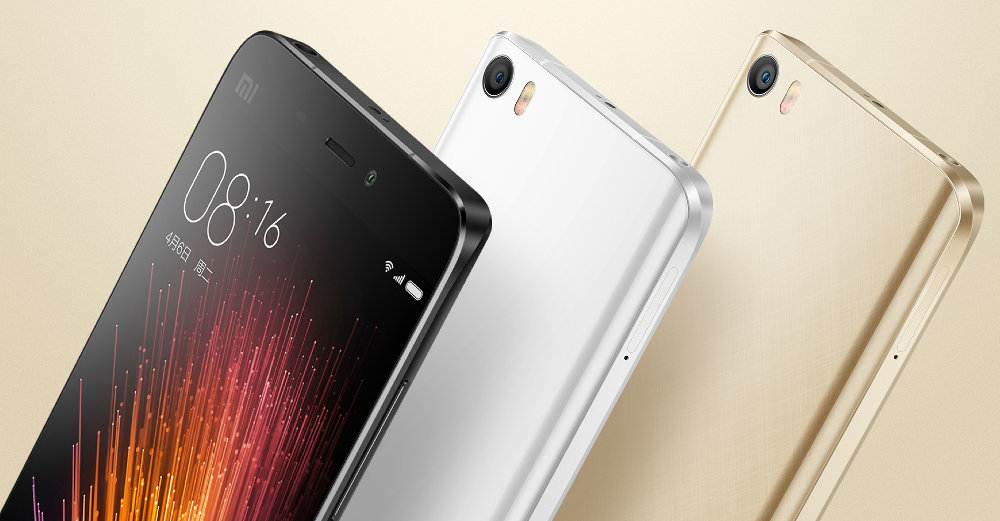 We have seen many leaks & rumors about the 2016 flagship from Xiaomi. Now the smartphone is made official as Xiaomi  Mi 5 smartphone. It was already confirmed by the Vice-President of Xiaomi Mr. Hugo Barra,that the Mi 5 will be having Qualcomm Snapdragon 820 processor. Some real life images of Xiaomi Mi5 were also leaked on the web.

Now the company has made it official. It has a 5.15″ 1080P display on the front but we were expecting it to have a Quad HD display with curved glass. Other hardware include a 3GB/4GB of RAM options with 32/128GB of internal storage. It’s good to see the storage options. The Xiaomi Mi 5 is getting power from Qualcomm Snapdragon 820 64-bit Quad-Core processor. In  the camera department, the Xiaomi Mi 5 is well equipped with 16MP rear camera with dual-tone LED flash, PDAF, 4-axis OIS as well as 4K video recording support. On the front, the Xiaomi Mi 5 is having a 4MP camera with 2um pixel size overall. The Xiaomi Mi5 is having 3000 mAh battery with Qualcomm Quick-Charge 3.0 technology that lets it charge very fast.