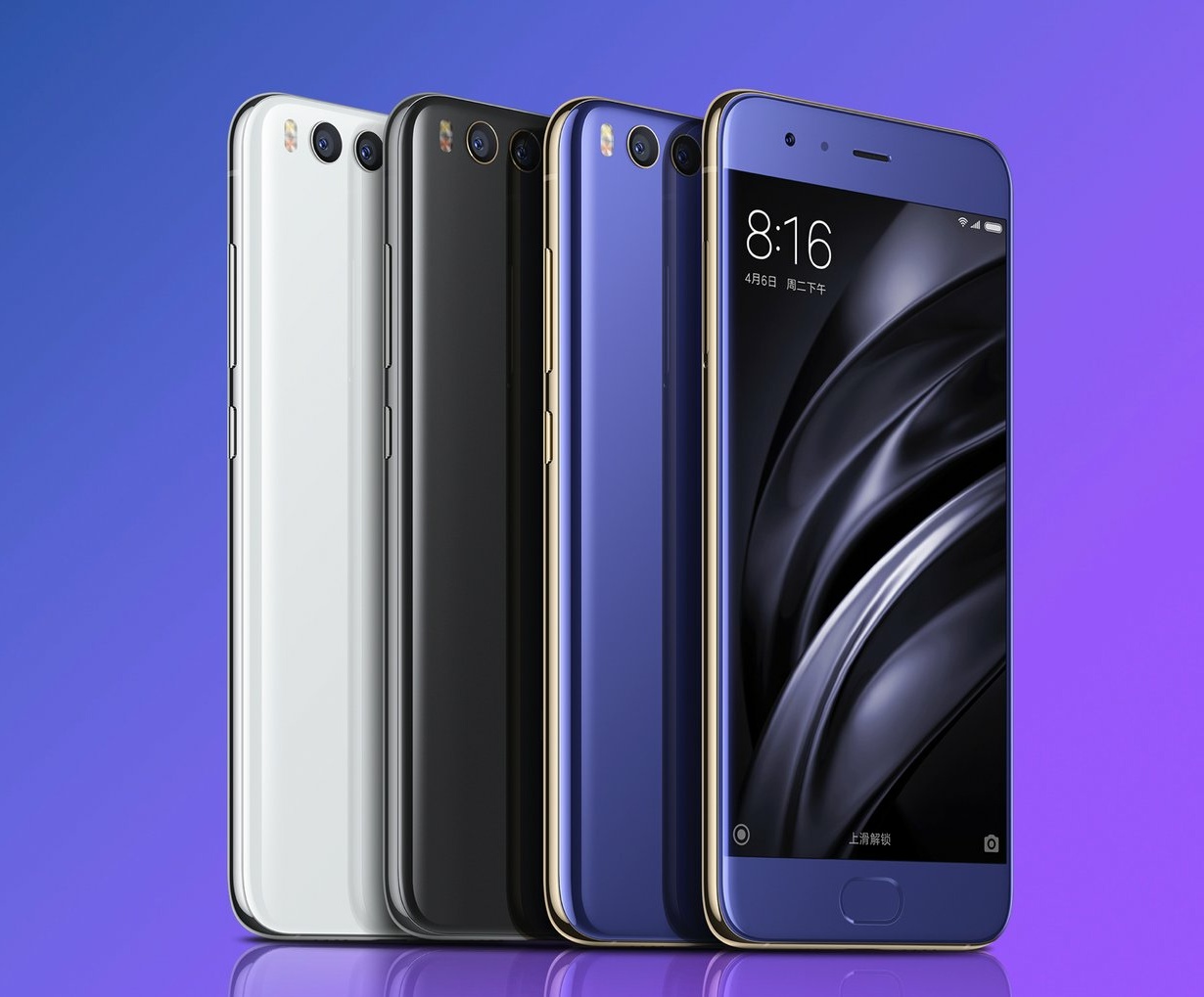 As expected, Chinese smartphone maker Xiaomi has now made the Xiaomi Mi 6 official at an event in China. The Mi 6 is 2016 flagship product from Xiaomi with lots of hope. It has got a design inspired by Xiaomi Mi 5.

We have already seen many leaks and rumors about the Xiaomi Mi 6. Most of then are now proven to be true. Recently we reported about some leaked hands on images of the Mi 6. The official press renders of purple coloured Mi 6 was leaked today. Recently we have reported that the upcoming Xiaomi flagship comes with a dual camera setup on the back side. Xiaomi has scheduled an event for 19th April to make it’s next flagship product Mi 6 official to the world. We have already reported about the upcoming Xiaomi flagship Mi 6 visiting the benchmarking site GFXbench where all the major specifications were revealed.

Let’s just talk about the Xiaomi Mi 6 itself, it has got a new design to it. With Mi 6, Xiaomi introduced dual sided curved glass on the back.

But with the Mi 6, the company has gone further with introducing a new 4 sided curved glass on the back. It looks absolutely stunning from the back. We talk know that Xiaomi Mi 5 was very much appreciated for its looks, specially on the back.

It has got dual stereo speakers in it for better multimedia experience. The fingerprint scanner is located under the display which is amazing. The Xiaomi Mi 6 is a splash resistant smartphone with the SIM tray also supporting the same.

With the Mi 6, Xiaomi has also joined the league of companies ditching the 3.5mm headphone jack.

In terms of specifications​, the Xiaomi Mi 6 comes with a 5.15-inch full HD (1920x1080p) display which remains same as the Mi 5 in pixels at least. It has got 1-nit ultra dark night mode display for reading in night.  There is an upgraded 6GB of RAM in it. In terms of internal storage, it has got 64GB of 128GB of variants based on UFS method. The chipset used is an Octa-Core Qualcomm Snapdragon 835 with 10nm process which is clocked at 2.45GHz .

Other specifications include a new 12MP+12MP of dual camera setup on the back with a dual tone dual LED flash. The main camera is coupled with 4 axis OIS and 4K video Support. Out of the two 12MP sensors, the first one is wide angle lens and second one is telephoto. It has also got portrait mode which wad found in iPhone 7. There is an 8MP camera on the front.

The Xiaomi Mi 6 comes in Bright Black, Bright Blue and White colors. There are two special variants also with a Silver edition and another as Ceramic edition. It will be available for purchase in China starting 28th April. Pricing is given below,