Skip to content
You are here
Home > Latest Posts > Xiaomi Mi 6 to be introduced on 19th April, confirms Xiaomi 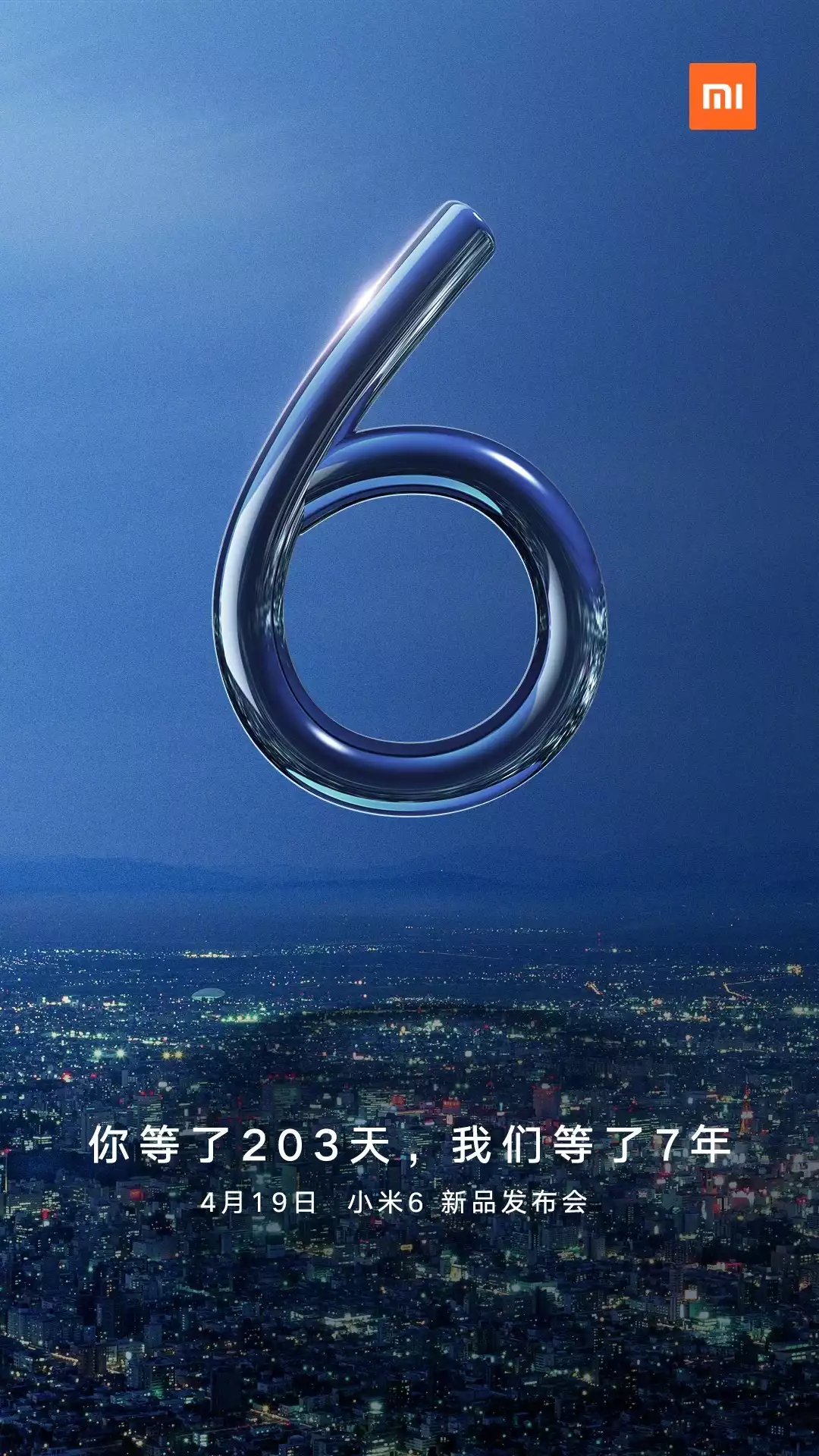 We have already reported about the upcoming Xiaomi flagship Mi 6 visiting the benchmarking site GFXbench where all the major specifications were revealed. We have already shared the full leaked specifications of Xiaomi Mi 6 and Mi 6 Plus. The recent leak talked about it’s specifications and 11th April launch date. One more thing about Mi 6 was leaked that it is codenamed as ‘ Sagittarius’ internally

Now the much awaited news has arrived. The Chinese OEM has announced the exact launch date of Xiaomi Mi 6. As per the teaser on the company’s official Weibo handle, the Mi 6 is coming to us on 19th April. It is scheduled to be announced on 19th April at an event in Being University Gymnasium.

The official Weibo post says, ” April 19, Mi 6 will come!
From Mi 5s release, has passed 203 days.
Like every generation of Mi flagship release, Mi 6 is still a new generation of performance monsters, and the process, it is our seven years to explore the dream of the work.
Mi 6 new conference, April 19, Beijing University of Technology Gymnasium, to see you! ”