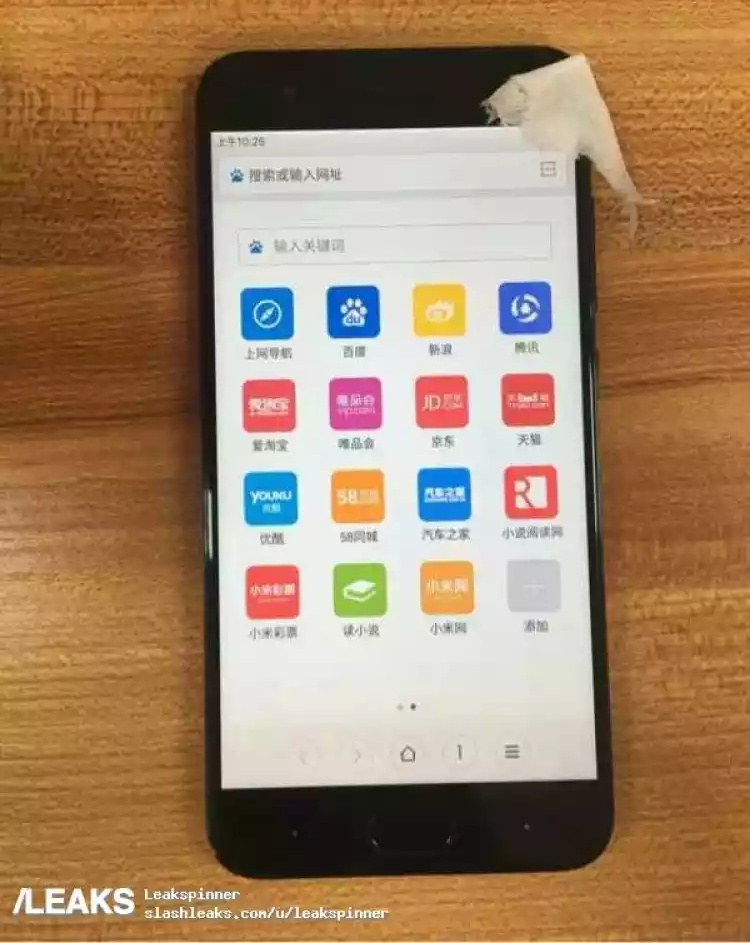 Earlier today we reported about the purple color variant of the Mi 6. The official press renders of purple coloured Mi 6 was leaked today. Recently we have reported that the upcoming Xiaomi flagship comes with a dual camera setup on the back side. Xiaomi has scheduled an event for 19th April to make it’s next flagship product Mi 6 official to the world. We have already reported about the upcoming Xiaomi flagship Mi 6 visiting the benchmarking site GFXbench where all the major specifications were revealed.

Now there are some real life Images of the upcoming Xiaomi Mi 6 flagship being shared on the internet. The Mi 6 is now leaked in some hands on images.

The very first image shows the Xiaomi Mi 6 from front. It is visible in Black color from front with display on. The smartphone is shown with the screen locked and only lockscreen wallpaper visible along with time. The fingerprint scanner is clearly visible on the front with a different shape than the Mi 5.

The second image shows the Device in fu on condition. Someone had opened the official stock browser of the Mi 6 in this photo.

The third image shows nothing but just some software part. The navigation buttons are same like the Mi 5 with single dot.