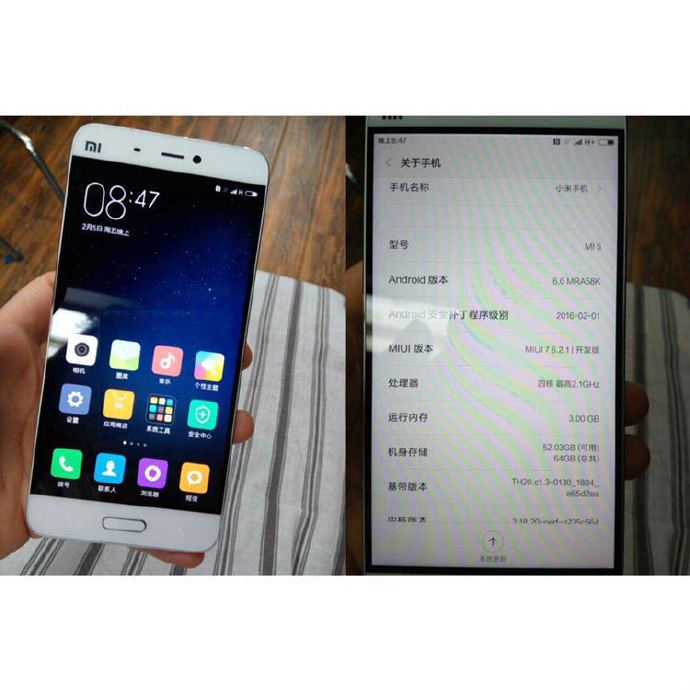 We have been reading and reporting numerous leaks of the Xiaomi Mi 5, Xiaomi’s upcoming flagship device. You can read all our our Xiaomi Mi5 coverage by clicking here. Now when we are very close to leak of the device and in fact it can happen tomorrow, more real-life images leak of the device in China. Check the image above.

The last leak looked like the most official confirmation of the leaked design of the Mi 5 yet and Retails boxes of the device leaked. Earlier Real-life image of Xiaomi Mi5 were leaked in China revealing both the Black and White Models.

In case you are interested, here are the speculated major specifications of the Xiaomi Mi5. The device has some leading specs and features to boast off and we even brought to you a comparison between Mi5 , One Plus 2 and Yu Yutopia.