Skip to content
You are here
Home > Latest Posts > YU releases first TV ad of Yunicorn. Coming on 31st May 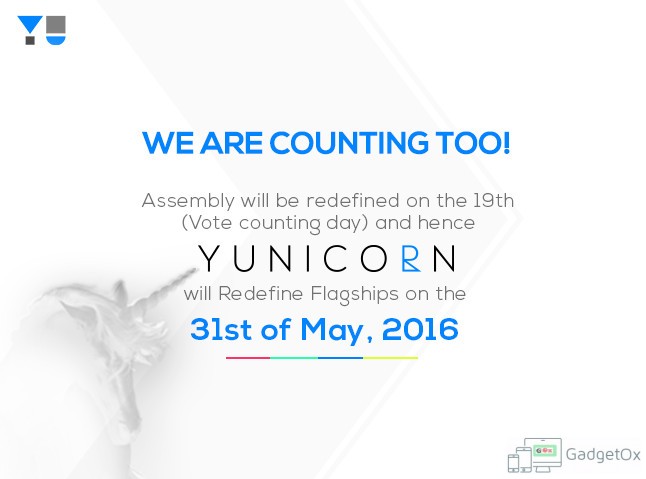 Micromax’s sister company YU sent out media launch invites for the YU Yunicorn flagship device for 19th May but the event was postponed due to some unknown reasons. Later the vent was scheduled to happen on 31st May.

Now the company has released a TV advertisement for the Yu unicorn device which is to be the next flagship device from the company. We don’t have much details on the device only that it will be having a 5.4-inch QHD Display with Qualcomm Snapdragon 820 processor. The latest launch event was having a tagline saying,” FANTASY WILL SOON BECOME REALITY. Join us in the unveiling of the phone that will redefine the flagship”. It is also announced in this teaser video that the Yu Yunicorn flagship device will be a Flipkart exclusive. Earlier Yu was having exclusive partnership with Amazon only. As per the teaser video it is having a full metal unibody design with dual speakers setup on the bottom & in the middle , there will be USB Type C port. There will be fingerprint scanner/Home button on the front.

Check out the video below,