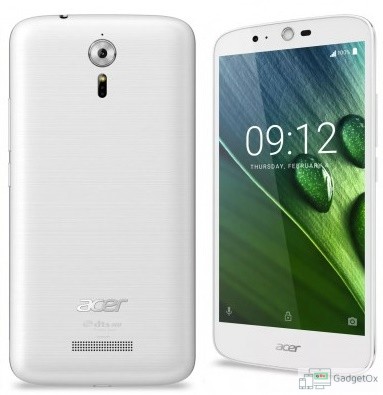 Yesterday we reported about Acer readying to launch some devices on 21st April in New York. The company had already sent out the media invites & teaser on their Twitter page. The teaser was having a sentence saying, “New products? You have no idea. Live stream our Global Press Conference in #NewYork tomorrow:acer.com/nextatacer”

Now today the company has made some announcement in the field of PC business as well as Mobile. The Mobile devicison of Acer has launched a new device called the Acer Liquid Zest Plus. It is having a 5.5-inch HD display on the front. The Acer Liquid Zest Plus is having a 1.3GHz Quad-Core 64-bit MediaTek MT6735 processor coupled with 2GB of RAM. In the storage department, it is having 16GB of internal storage with Micro SD card support. We have 13MP camera on the rear side of this device with 5MP Wide-Angle selfie camera. The device is having a massive 5000mAh battery with Quick Charge support.

Specs of Acer Liquid Zest Plus:

The Acer Liquid Zest Plus is released in White & Black color options. It will on sale in the USA for a price of $250.