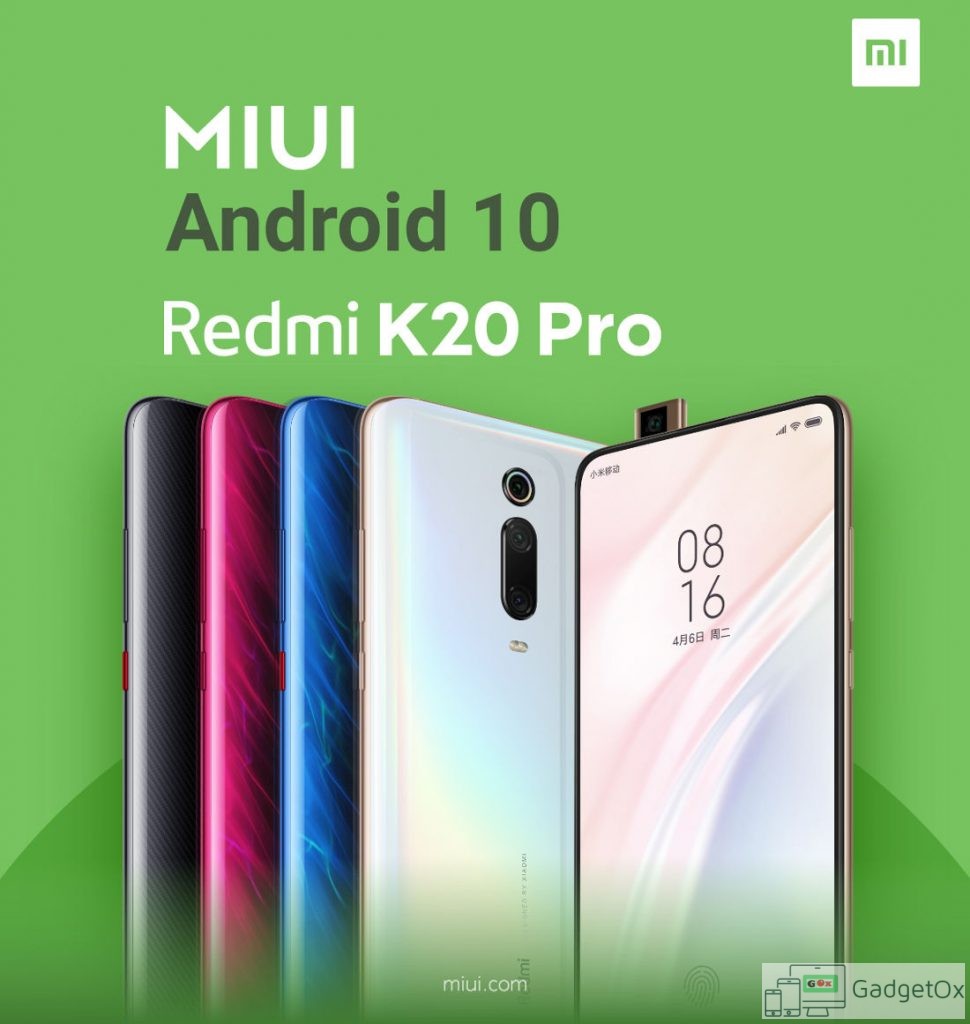 Soon after Google making the Android 10 official, many OEMs have started rolling out/coming up with release schedule for the Android 10 rollout to their devices.

Xiaomi has also started rolling out the Beta builds of MIUI 10 with Android 10 on board. The latest update of MIUI 10 with Android 10 Beta comes to Redmi K20 Pro. The update is being rolled out to Redmi K20 Pro users with MIUI 10 beta testing program. The update comes with build version as MIUI 10.3.17 stable. You might argue that it says ‘Stable’ then how can it be Beta but in actual it id available to few select beta testers only. The update has a size of 2.2GB with this version.