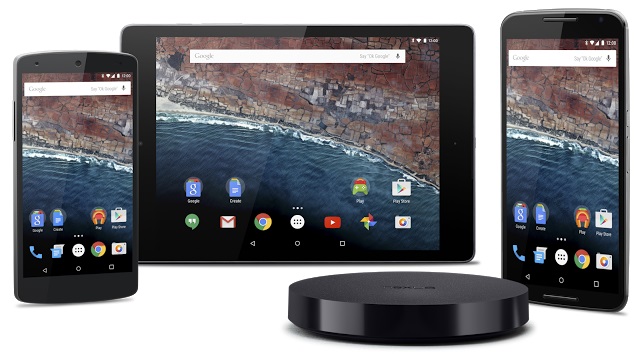 Google has taken the wraps off the latest Android version, the Android M and it is now available for developer preview devices. Google has focused on improving the core user experience of Android with Android M. Have a look at the detailed Android M changelog that has compilation of changes from various sources.

Text selection is now improved. Whenever you select text a floating window appears and features buttons with ‘cut’, ‘copy’, and ‘paste’ written. Word selection is now also improved as you can select jumping word by word, or character by character.

Google has made it easier to link between apps. Android has always allowed apps to register to natively handle URLs. Now you can add an autoVerify attribute to your app manifest so that users can be linked deep into your native app without any disambiguation prompt. App links, along with App Indexing for Google search, make it easier for users to discover and re-engage with your app.

Google is making Android devices smarter about managing power through a new feature called Doze. With M, Android uses significant motion detection to learn if a device has been left unattended for a while. In this state, Android will exponentially back off background activity, trading off a little bit of app freshness for longer battery life. Consider how this may affect your app; for instance, if you’re building a chat app, you may want to make use of high priority messages to wake your app when the device is dozing.

Google has made it even easier for Android users to get assistance with Now on tap — whenever they need it, wherever they are on their device. For example, if your friend texts you about dinner at a new restaurant, without leaving the app, you can ask Google Now for help. Using just that context, Google can find menus, reviews, help you book a table, navigate there, and deep link you into relevant apps. As a developer, you can implement App Indexing for Google search to let users discover and re-engage with your app through Now on tap.

Android Pay & Fingerprint:
Android Pay will enable Android users to simply and securely use their Android phone to pay in stores or in thousands of Android Pay partner apps. With M, native fingerprint support enhances Android Pay by allowing users to confirm a purchase with their fingerprint. Moreover, fingerprint on M can be used to unlock devices and make purchases on Google Play. With new APIs in M, it’s easy for you to add fingerprint authorization to your app and have it work consistently across a range of devices and sensors.

The system now performs automatic full data backup and restore for apps. This behavior is enabled by default for apps targeting M Preview; you do not need to add any additional code. If users delete their Google accounts, their backup data is deleted as well. To learn how this feature works and how to configure what to back up on the file system, see Auto Backup for Apps.

Android M offers new APIs to let you authenticate users by using their fingerprint scans on supported devices, and check how recently the user was last authenticated using a device unlocking mechanism (such as a lockscreen password). Use these APIs in conjunction with the Android Keystore system.

Android M provides improved support for user input using a Bluetooth stylus. Users can pair and connect a compatible Bluetooth stylus with their phone or tablet. While connected, position information from the touch screen is fused with pressure and button information from the stylus to provide a greater range of expression than with the touch screen alone.

Android M offers a new way for users to engage with your apps through an assistant. To use this feature, the user must enable the assistant to use the current context. Once enabled, the user can summon the assistant within any app, by long-pressing on the Home button.

Android M provides a new voice interaction API which, together with Voice Actions, allows you to build conversational voice experiences into your apps.

Android M adds enhancements to audio processing on Android, including support for the MIDI protocol

There may be more changes that Android M brings with itself and we will keep this article updated as we come to know more.

Android M will see the public release during Q3 2015. Given below is the dev preview schedule.

In case you want to test the Android M developer preview you should own one of the below devices. Below is a list of eligible devices and corresponding system images.

Here is how to join the Android developer preview program.