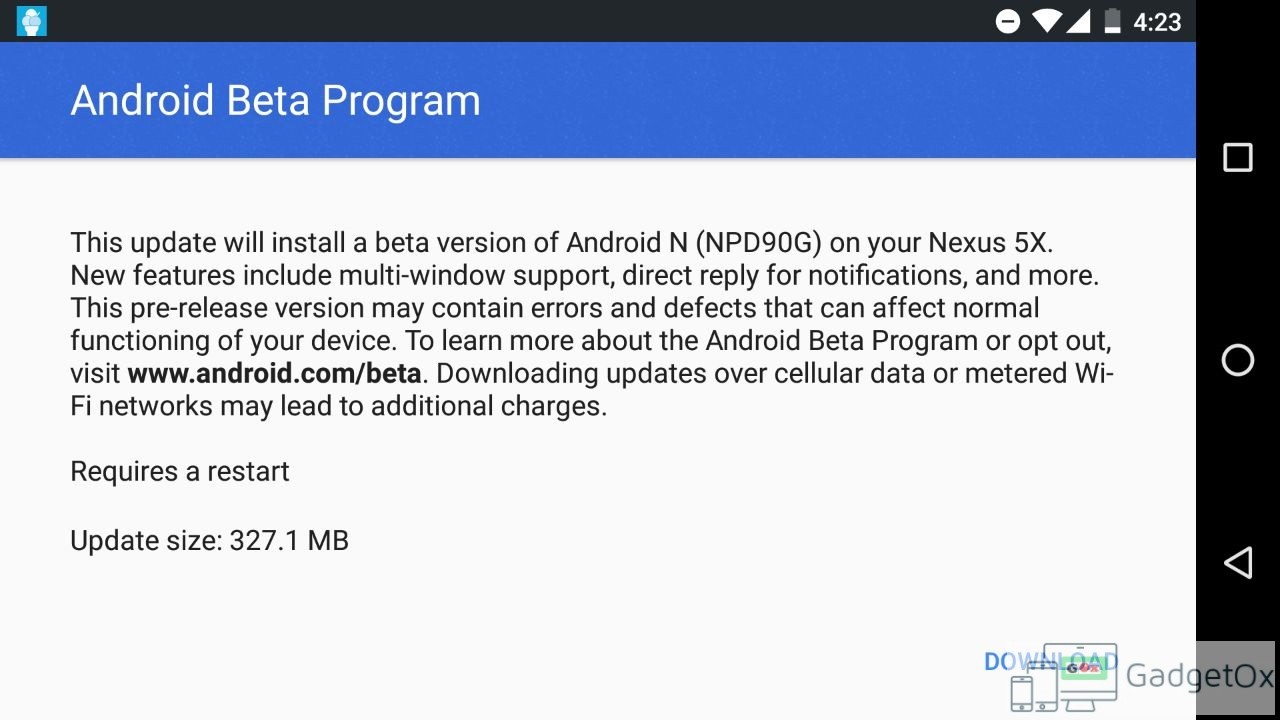 Google has now pushed Android Nougat Developer Preview 5 (NPD90G) OTA to those enrolled to Android Beta program. If you have a supported device you can enroll to Android N Beta program by clicking here. The latest build doesn’t bring any major new features / UI changes as per the official changelog but we noted few changes that we have reported below under all that’s new with photos. In case you haven’t received the update OTA yet, you can also download it manually from here.

You can read the full massive changelog including all new features and changes of all Android N Builds by clicking here.

There is one Easter Egg in Android Nougat Dev Preview 5 too and it is funnier than Easter Eggs seen on Dev Preview 4 and more like a mini game. Google has termed it Android Neko and as you can guess it a Cat collection game on the lines of “Neko Atsume”.

As you can see in the screenshots above you can collect and even share the collected Cat with friends. You can read about how to get this Easter Egg game working by clicking here.

With the Android Nougat Dev Preview 5.0, the camera app has seen many UI tweaks and some animations have also changed. As you can see in the screenshot above you can now set what the volume key does. Similarly there are changes in how the toggles appear.

Toggles like WiFi and Mobile Data are back to their good behavior as before DP4 and now tapping on them switches them on / off. On DP4 these action buttons used to throw a mini menu on tapping.

Apps have their Installation source info:

If you go to settings and check any of the apps, you will get information about its installation source (whether store or else) at the bottom. Check the screenshot above.