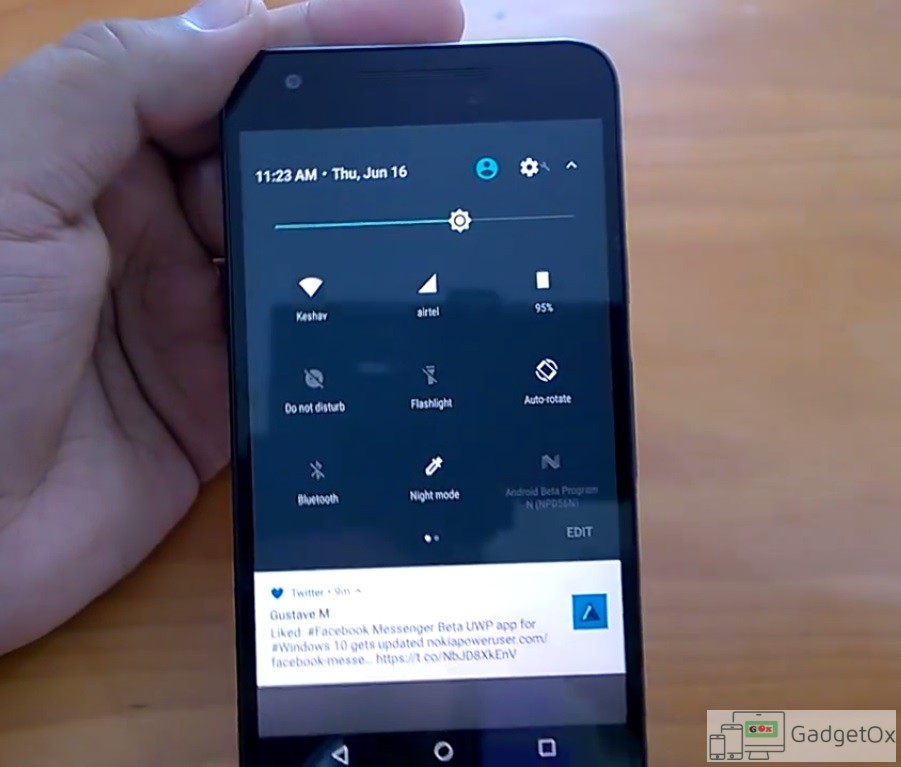 Now in this article we will let you know about the new features and changes that Android Nougat brings over Android Marshmallow.

⇒ You can read our full Android Nougat coverage by clicking here.

Android Nougat brings support for displaying more than one app at the same time. On handheld devices, two apps can run side-by-side or one-above-the-other in split-screen mode. On TV devices, apps can use picture-in-picture mode to continue video playback while users are interacting with another app.

Read our tutorial to know how to activate and use Multi-Windows feature.

The built-In File Manager has been improved:

Call blocking & Do Not disturb:

A new look for App folders:

Apps have their Installation source info:

From the official Changelog: