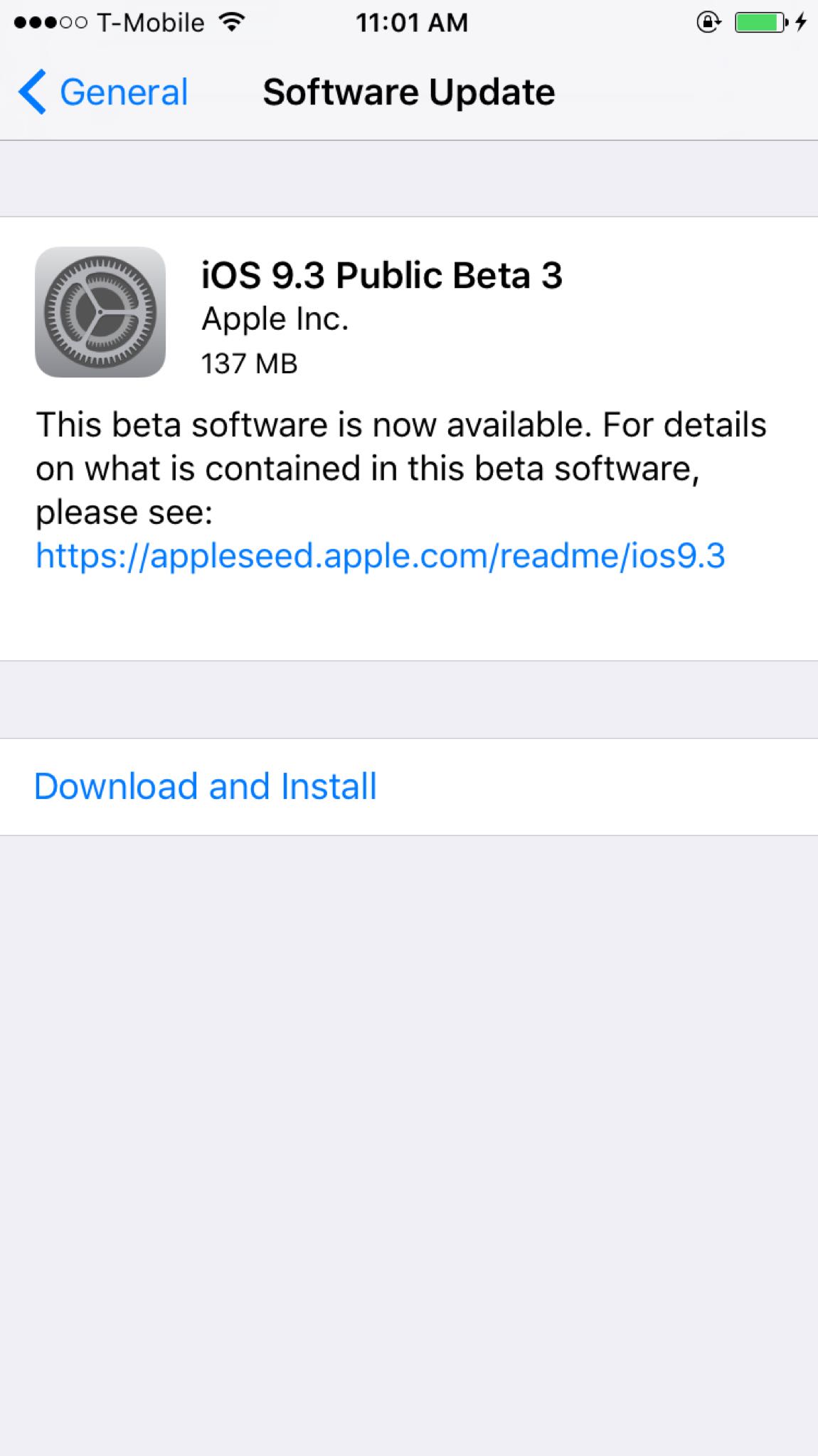 Today Apple released iOS 9.3 beta for non developer testers. iOS 9.3 is expected to get released in next month.  This update weighs around 137 MB in download size.

So have you tested iOS 9.3 beta on  your iPhone? Comments below.