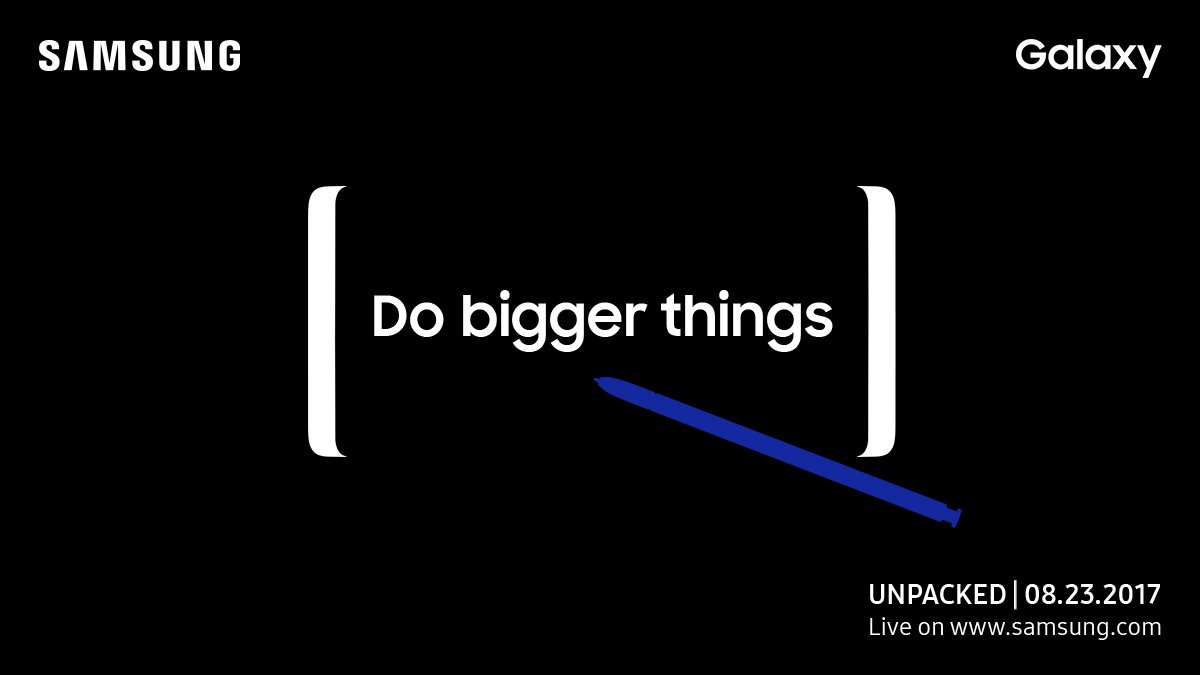 Now we finally have a date of official unveiling of the Samsung Galaxy Note 8. The company has now officially announced a date on it’s official Twitter handle. There are two posts on this news. The first one says , ” Save the date ! August 23, 2017. #DoBiggerThings” . This tweet also has a gif that talks about Galaxy Note 8 in a teaser way.

There is one more post for the official announcement of Samsung Galaxy Note 8. The second post says, ” Find out what it means to do bigger things on 08.23.2017.”

So the date is locked and venue of event is also decided. The Galaxy Unpacked of August 2017 is scheduled to happen in New York City.

Shivam Singh
Shivam defines himself as a gadget lover and likes to cover every news related to gadgets. He has more than 4 years of blogging experience and is Senior Editor at GadgetOx. He has been covering Tech and Gadget news on other well-known Tech sites WinCentral and Nokiapoweruser since long. His other interests include driving and traveling. Write to him at Email: Shivam[email protected]