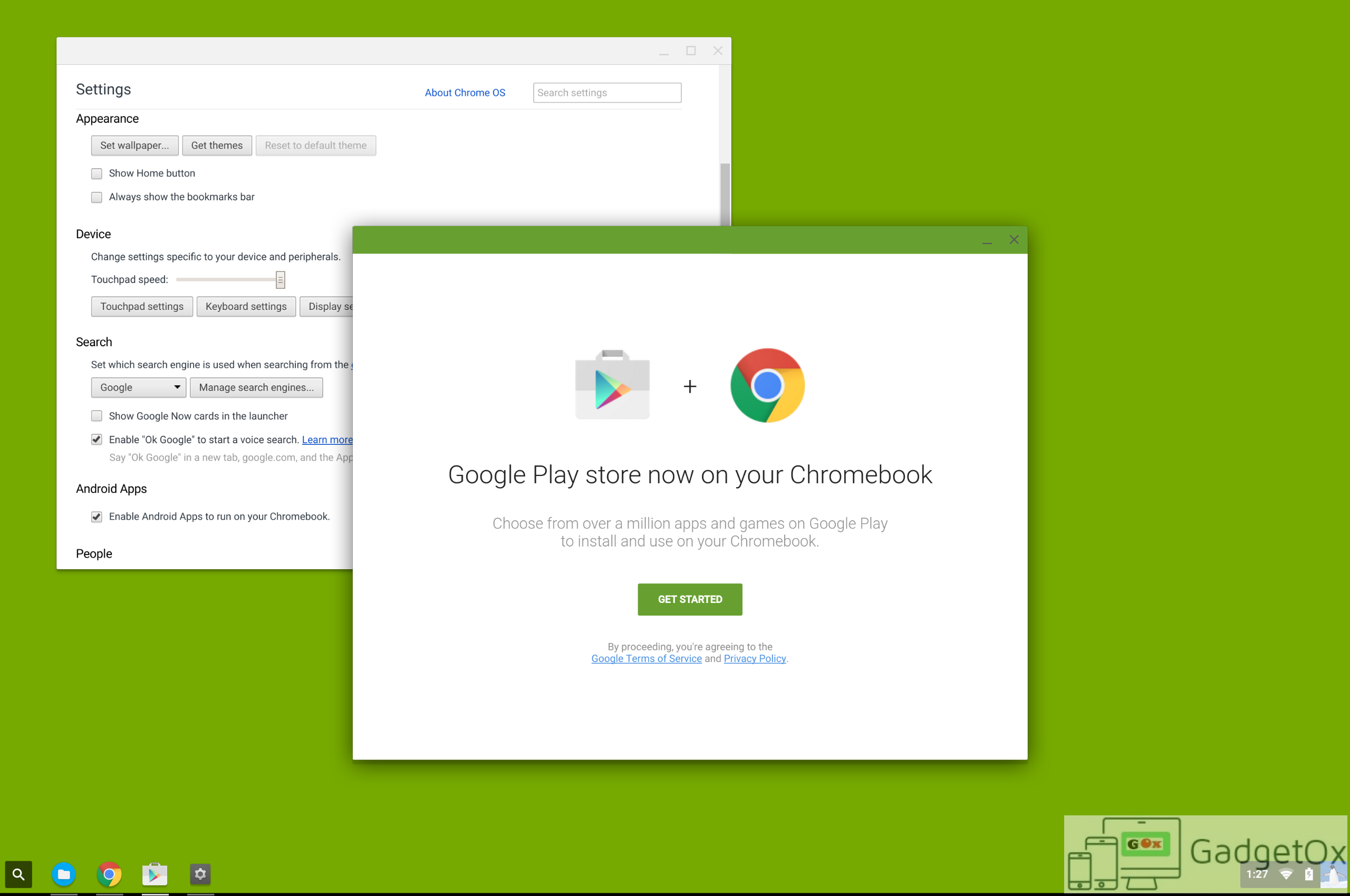 While Chrome OS users have been side-loading Android Apps as Chrome extensions for long with limited success and buggy implementation, there is growing evidence that Google may be planning to make Android Apps via Google Play Store officially available for its Chrome OS. Many users have shared their findings after exploring the Chrome OS code and it seems Google is planning to make ““over a million apps and games” on Google Play available to install on your Chrome-book”.

Check the source code below which reveals a check-box to enable Android apps to run on Chrome-book. If this check-box is enabled, a pop-up message “Google Play Store now on your Chrome Book” becomes available shows up as a placeholder text.

As can be seen in the source code there is mention of ARC. So it seems the Play Store may be implemented via ARC or the Google App Runtime for Chrome. Google I/O 2016 is less than a month away and it may be a big announcement for Chrome OS fans out there.