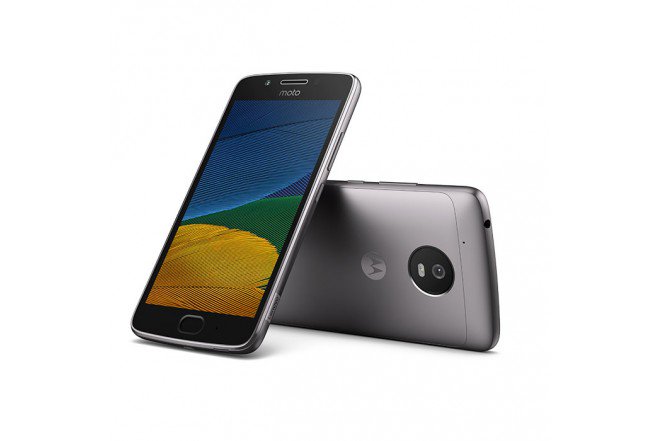 Lenovo has already sent out media launch invites for the Moto G5 and Moto G5 for 26th February. The Motorola Moto G5 and G5 were already leaked many times earlier. Pricing of Moto G5 and G5 Plus was also leaked recently.

Now we have got the HD resolution press images of the Moto G5 and Moto G5 Plus have been leaked.

The Moto G5 gets fingerprint scanner at the front like some of the very popular devices as the OnePlus 3/3T, Samsung Galaxy devices. The top front of Moto G5/G5 Plus has ‘moto’ written on the top. It is located Below the Earpiece.

Now if we talk about the back side, it has a removable cover at the back. Removing which, it lets you remove the battery.  The Moto G5 gets 2800mAh battery and the Moto G5 Plus gets 3000mAh battery. Bot the smartphones come with rapid charger in the box. It has a round camera module at the back with Dual LED flash located below that.

Leaked specifications of Moto G5 Plus:

The Motorola Moto G5 Plus including the Moto G5 series is expected to be officially announced at the MWC 2017 event by Lenovo on 26th February. The expected price for the Moto G5 Plus is $300 while the regular Moto G5 will b3 priced at $249 with 3GB of RAM.