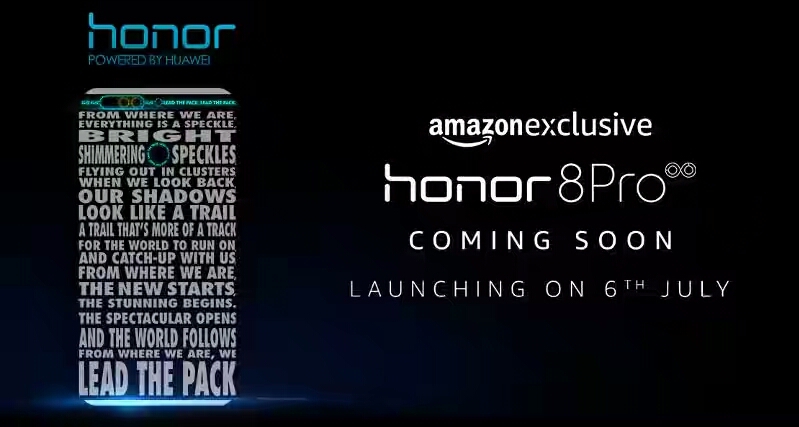 In terms of basic specifications and features, the Honor 8 Pro comes with phablet sized 5.7-inch Quad HD display with a resolution of 2560x1440p. The display panel used is much older TFT.  It is powered by an Octa-Core HiSilicon Kirin 960 chipset coupled with Mali G-71 GPU. The company is giving us 6GB of LPDDR4 RAM in the Honor 8 Pro. The Honor 8 Pro comes with 128GB of internal storage variants with MicroSD card slot. So yes, India gets the higher end (6GB+128GB) variant instead of 4GB+64GB one.

The Honor V9 comes in Gold, Red, Black and Blue colors in India. It will be available for purchase in India from July. Pricing will be announced at the 6th July event