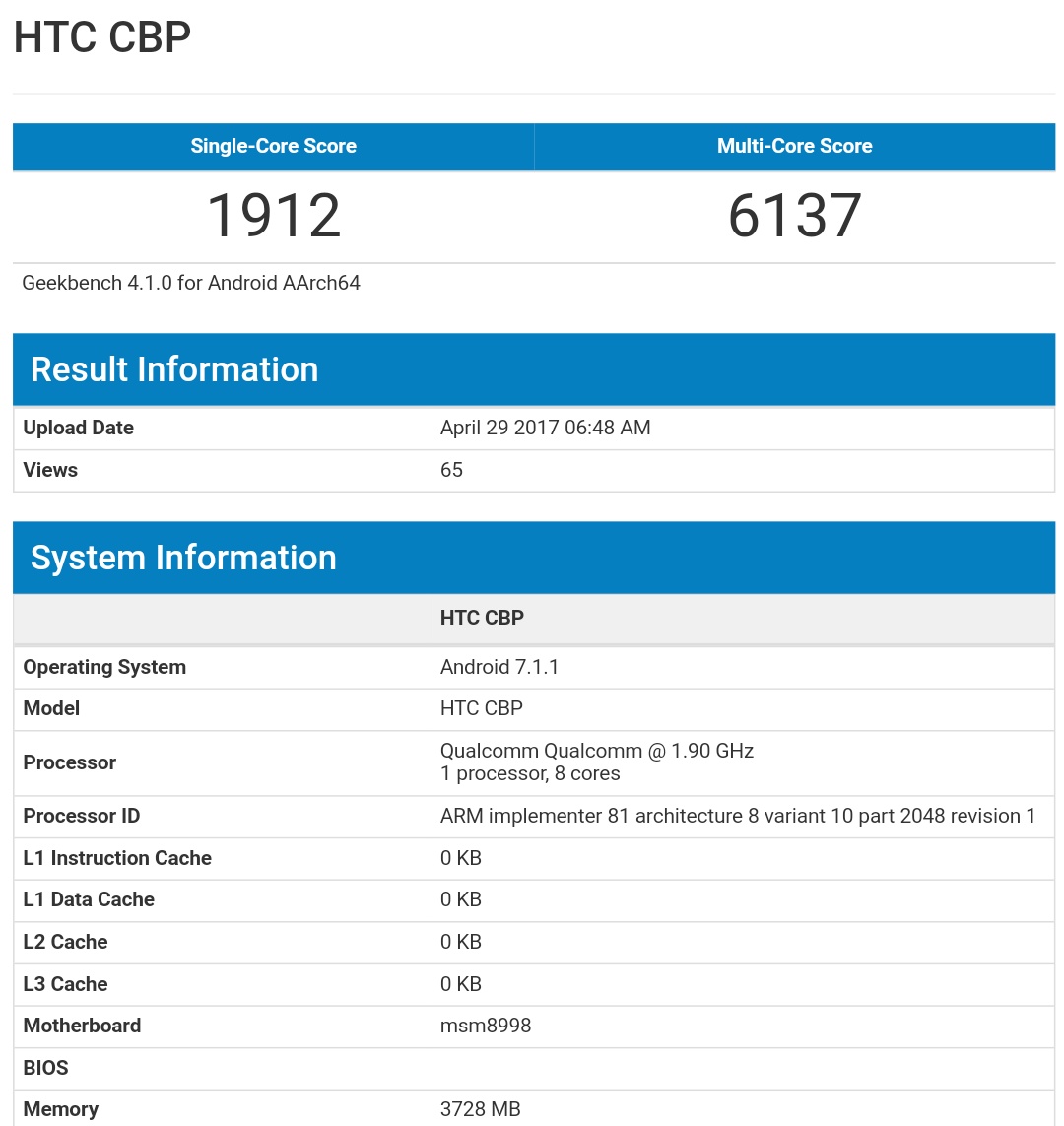 Recently we reported that HTC will be launching the HTC U or HTC Ocean as HTC U 11 to public. We have already seen some rumored specifications and renders of the HTC U Ocean smartphone. It is scheduled to be officially unveiled on 16th May. It was reported in HD renders. The Flagship smartphone from HTC for 2017 was teased as HTC Ocean. Three devices​ were supposedly coming to us under the HTC Ocean series.

Now the upcoming flagship product from HTC i.e. the HTC U 11 has been spotted visiting Geekbench. As per the Geekbench listing, the HTC U 11 is listed as HTC CBP. As per the Geekbench listing, the HTC U 11 comes with 4GB of RAM in it. The device runs Android Nougat 7.1.1 out of the box which is quite obvious for a flagship product to come in May. The chipset listed is an Octa-Core 1.9GHz Qualcomm Snapdragon processor. If we take a look at the motherboard, it is listed as MSM8998 which is the model number for Qualcomm Snapdragon 835.