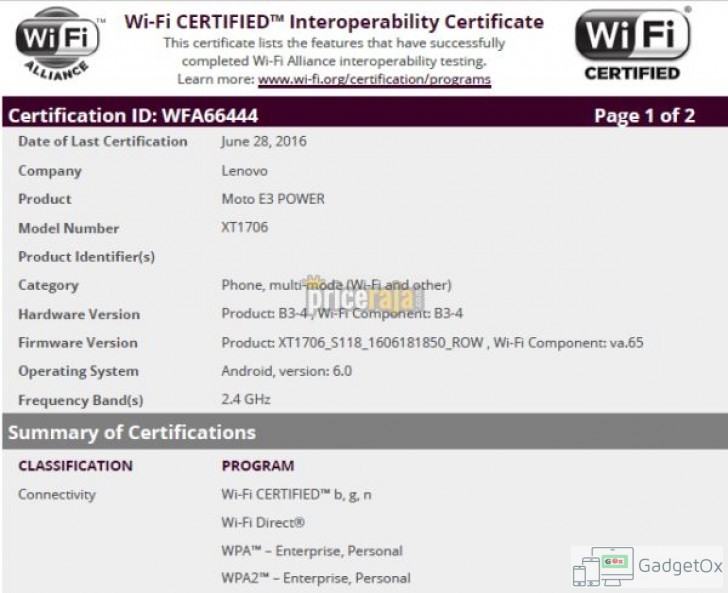 According to the benchmarks  and rumors, Moto E3 Power will sports 5″inch 720  display and powered by MediaTek MT6735P chipset at the helm (with a 1 GHz quad-core Cortex-A53 CPU), it has 2GB ram and 16 GB internal storage. It comes with 8 MP REAR camera and 5 MP front camera. It will preloaded with Android 6.0.1 Marshmallow. It will packed with 2750 mAh battery.

According to the rumors, Lenovo  will lauch Moto  E3 in some market as a Vibe C2 model and rest of the market as a Moto E3.