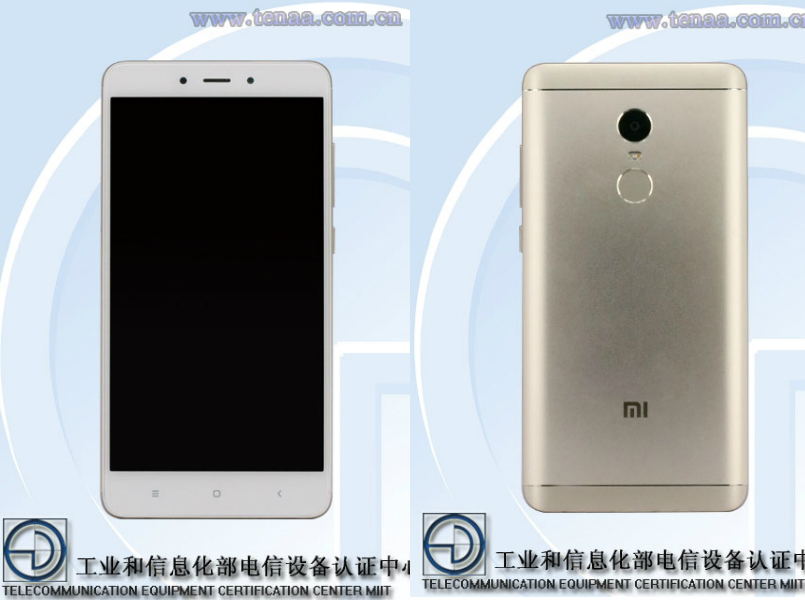 Xiaomi has already launched the Redmi Note 4 smartphone in India back in January.  The smartphone has been a very successful on in the country.

Now a new Xiaomi smartphone with model number MBT6A5 has been spotted passing through TENAA, the Chinese certification agency’s website. It brings  new similar design like the Redmi Note 4 and Redmi Note 4x. There is a circular shaped camera module on the back with LED flash sitting between the camera and fingerprint scanner. Capacitive navigation keys are on the front.

In terms of specifications, the TENAA listing shows the new Xiaomi smartphone ( MBT6A5 ) comes with a 5.5-inch full HD (1920x1080p) TFT display panel. Under the hood the smartphone runs a 2GHz Deca-Core MediaTek Helio X20 or X25 chipset. It has got 4GB of RAM in it. There is 64GB of internal storage with support for microSD card. It has got 13MP of main camera with LED flash. On the front, it has 5MP sensor.