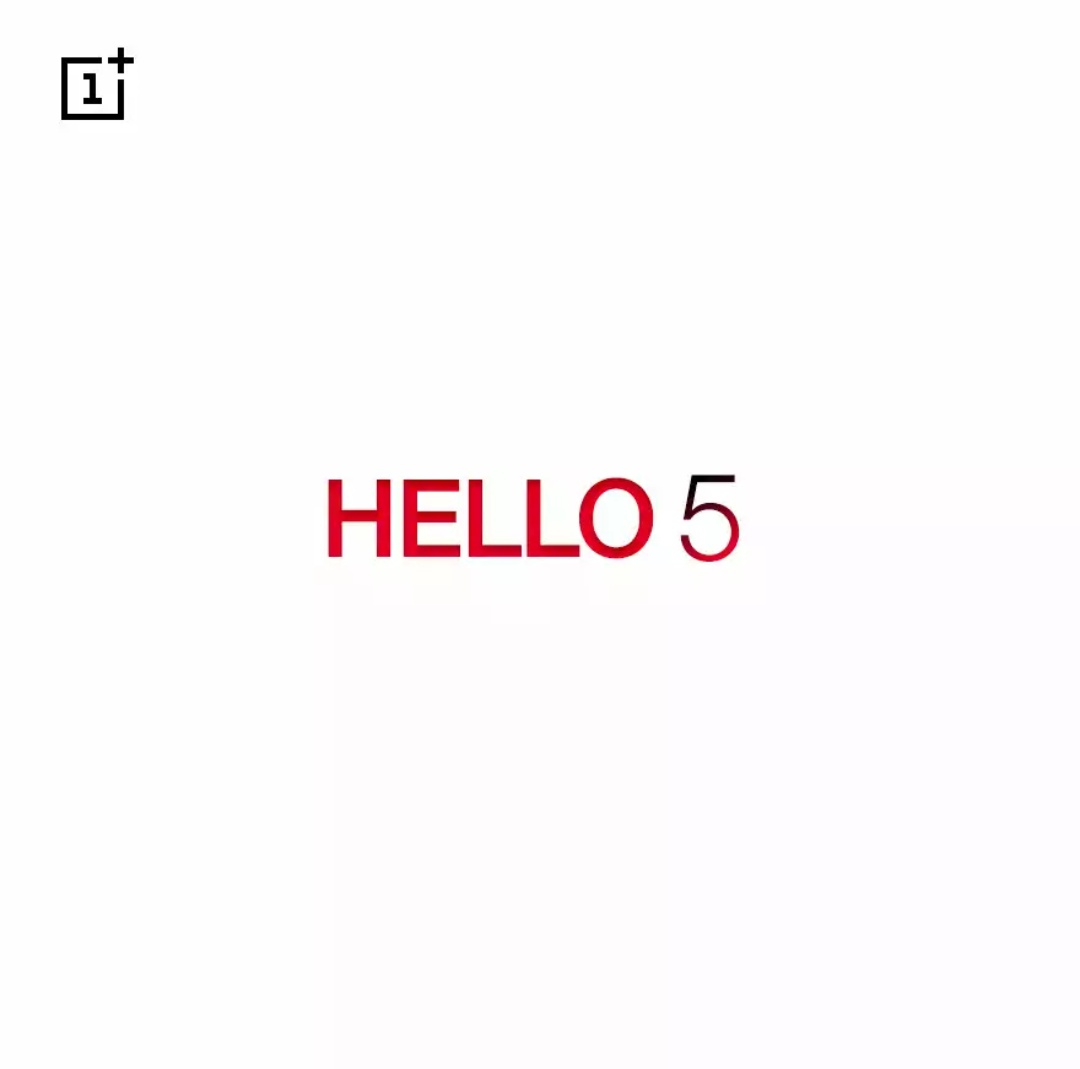 Recently we reported about OnePlus confirming the official name of it’s next flagship and some expected launch time. The next flagship from the Chinese player will be called OnePlus 5. CEO of OnePlus, Pete Lau had already posted a confusing teaser about company’s next product. The exact model number for OnePlus 5 was also leaked in previous leaks.

Now the Chinese OEM has come up with the very first official teaser image of OnePlus 5, the upcoming flagship from OnePlus. The teaser seems to be inspired from Apple. It has a plane White background with ‘ HELLO 5’ written in Red colour. There is the famous 1+ logo on the top left corner in black. The ‘5’ of ‘HELLO 5’ carries half blcak and half red themed font style. This HELLO 5 teaser just confirms that the successor to OnePlus 3/3T will be called OnePlus 5.