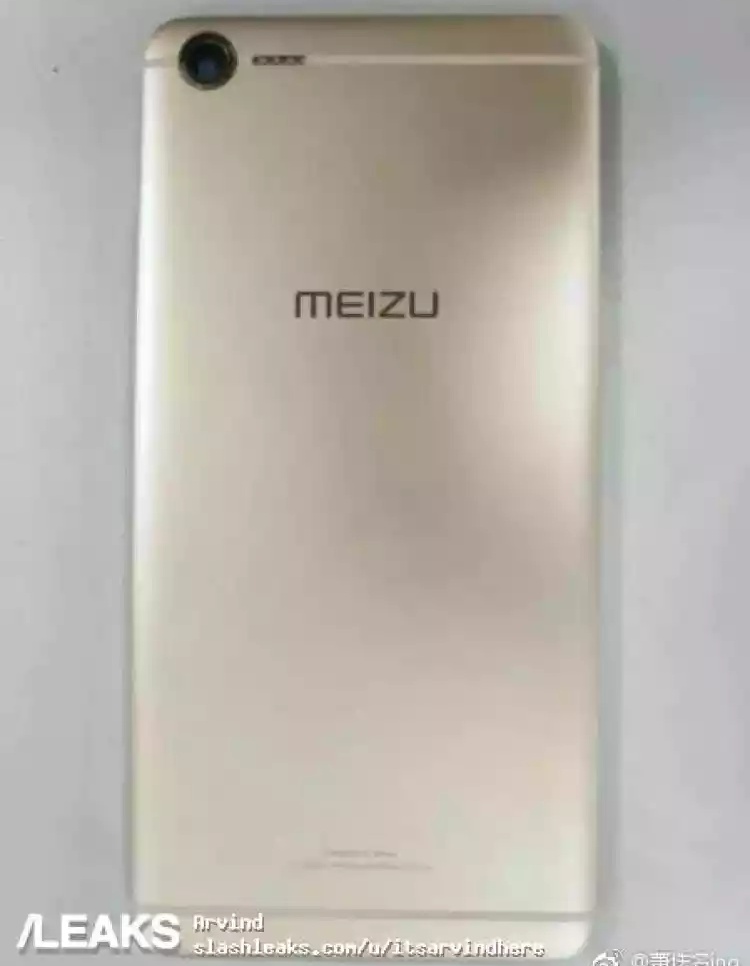 Meizu is expected to officially​ announce it’s next budget smartphone. The upcoming smartphone from Meizu is the Meizu E2. The Meizu E2 is scheduled to be officially unveiled on 26th April.

Now if we talk about the design, it has got some pretty minimalistic design which is found in Oppo smartphones life the Oppo F1 and F1 Plus. It has antenna lines on the top and bottom at the back side. The LED flash has got a new design. It seems to have a triple LED flash on the back with slim line in horizontal. Only back side is visible in both the images.