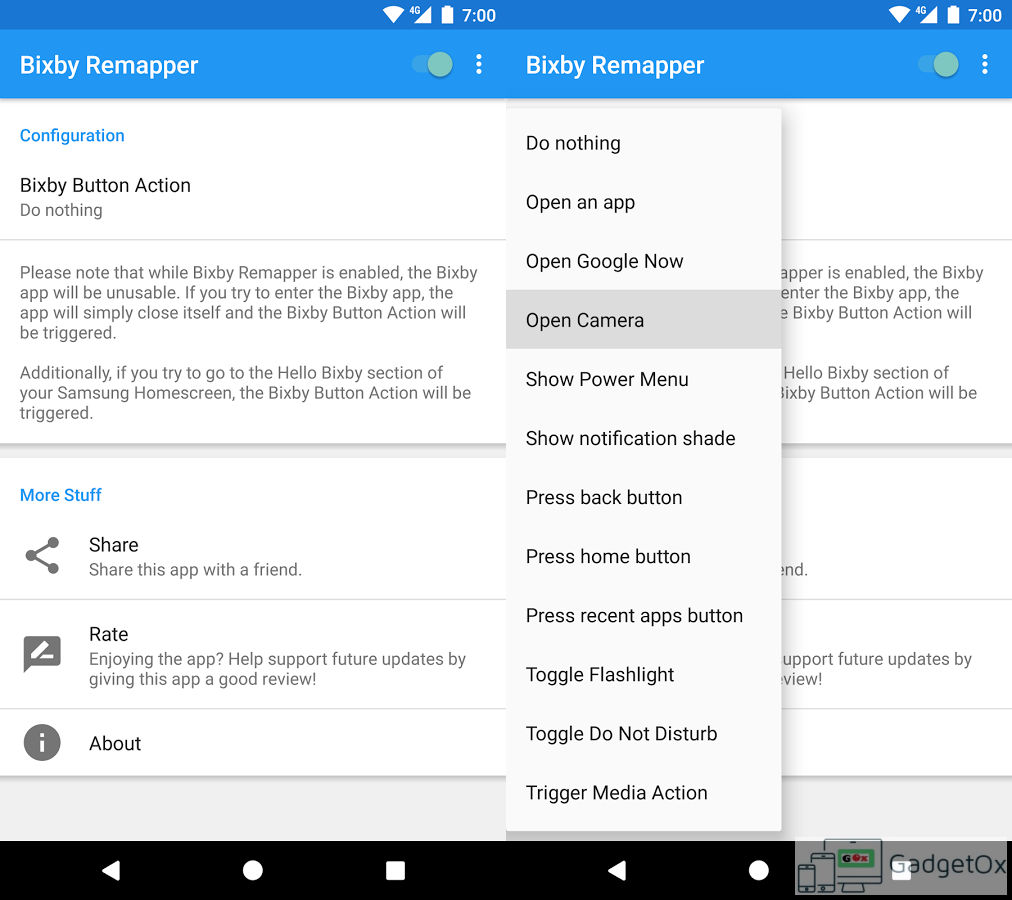 If you are carrying around a Samsung Galaxy S8 or S8 Plus, then you might be well aware of the Samsung’s newly introduced Bixby voice assistant. The Bixby assistant is an intelligent interface that you can use to interact with the device, services and apps with your voice as well as touch commands, thanks to its contextual awareness.

Samsung has even thrown in a dedicated physical button to activate Bixby for interactions, and with the most recent update (April patch) the company blocked the button remapping tweaks that had gone wild on to the internet and everybody was trying and using it to his/her own taste.

Well, there is an app that can do just that, again!

Bixby Button Remapper allows you to remap the Bixby Button on the Galaxy S8 to something other than, well, Bixby!

Unlike the earlier tweaks, this app actually monitors the Bixby launching and instantly kills it to trigger whatever action you set within the app instead.

According to the developer, there is no major performance issue apart from the Bixby screen appearing for a moment and going away, which is a minor issue since the app has to have knowledge of Bixby start up.

The app is still under development and if you have some feedback or experience any issues with the app, shoot an email at [email protected].