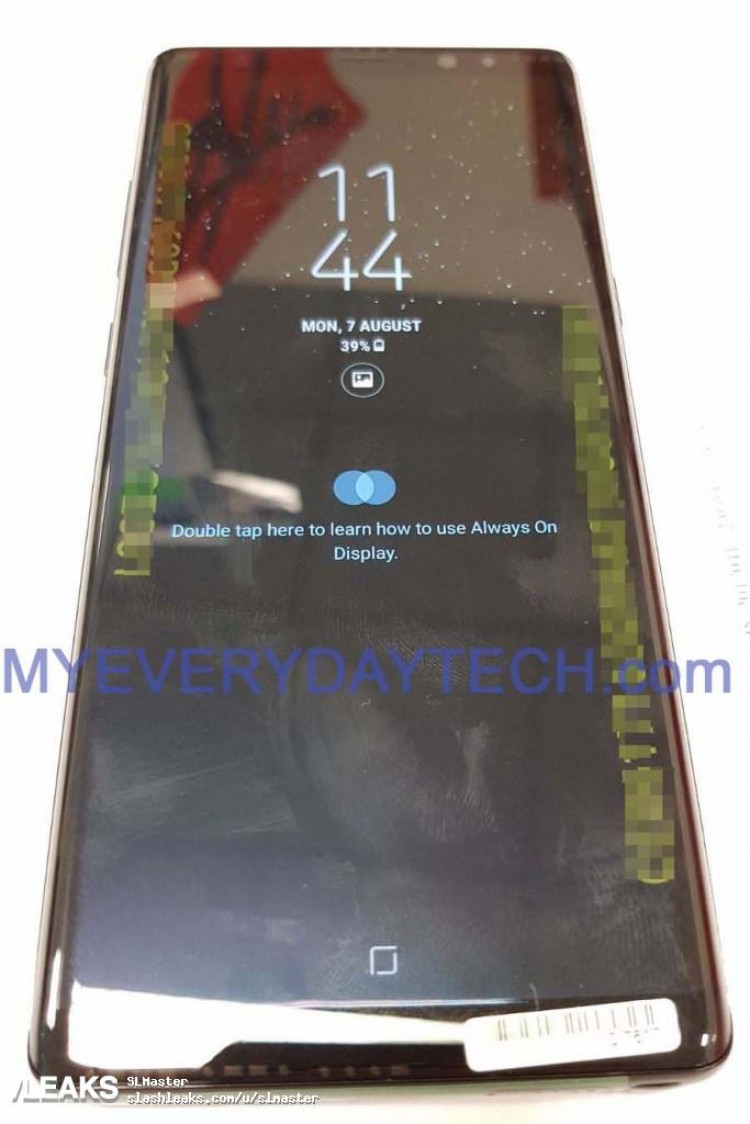 We are not much far from getting the Samsung Galaxy Note 8 officially unveiled. The smartphone launch event is scheduled to happen on 23rd August.

Now we have the device in some more real life shots. The smartphone is leaked in Midnight Black color variant this time. The device is shown with Always On Display mode while on lockscreen. It brings similar design to the previous leaked render. The dual camera setup is also now somewhat confirmed with previous render and these images.

The final specifications have been brought to us by famous website venturebeat.com who has Evan Blass. As per the report from venture beat, the Samsung Galaxy Note 8 will comes with 6.3-inch Quad HD+(2960x1440p) Super AMOLED 18:5:9 display. The smartphone will come with IP68 level dust and water protection. It will also comes with an upgraded 6GB of RAM compared to 4GB of basic one in Galaxy S8/Galaxy S8+. The storage will remain the same 64GB with another option of 128GB as well. The company will unveil Samsung Galaxy Note 8 with it’s own Exynos 8895 chipset as global variant and the US variant will come with Snapdragon 835 from Qualcomm.

In the photography department, the Samsung Galaxy Note 8 will be equipped with company’s first 12MP + 12MP dual camera setup on the back. The first and main 12MP sensor will have an aperture size of f/1.7 and the second unit of 12MP will have an aperture size of f/2.4 . The second one will be a telephoto lens with 2x optical zoom. On the front, the smartphone comes with an 8MP sensor with f/1.7 aperture.