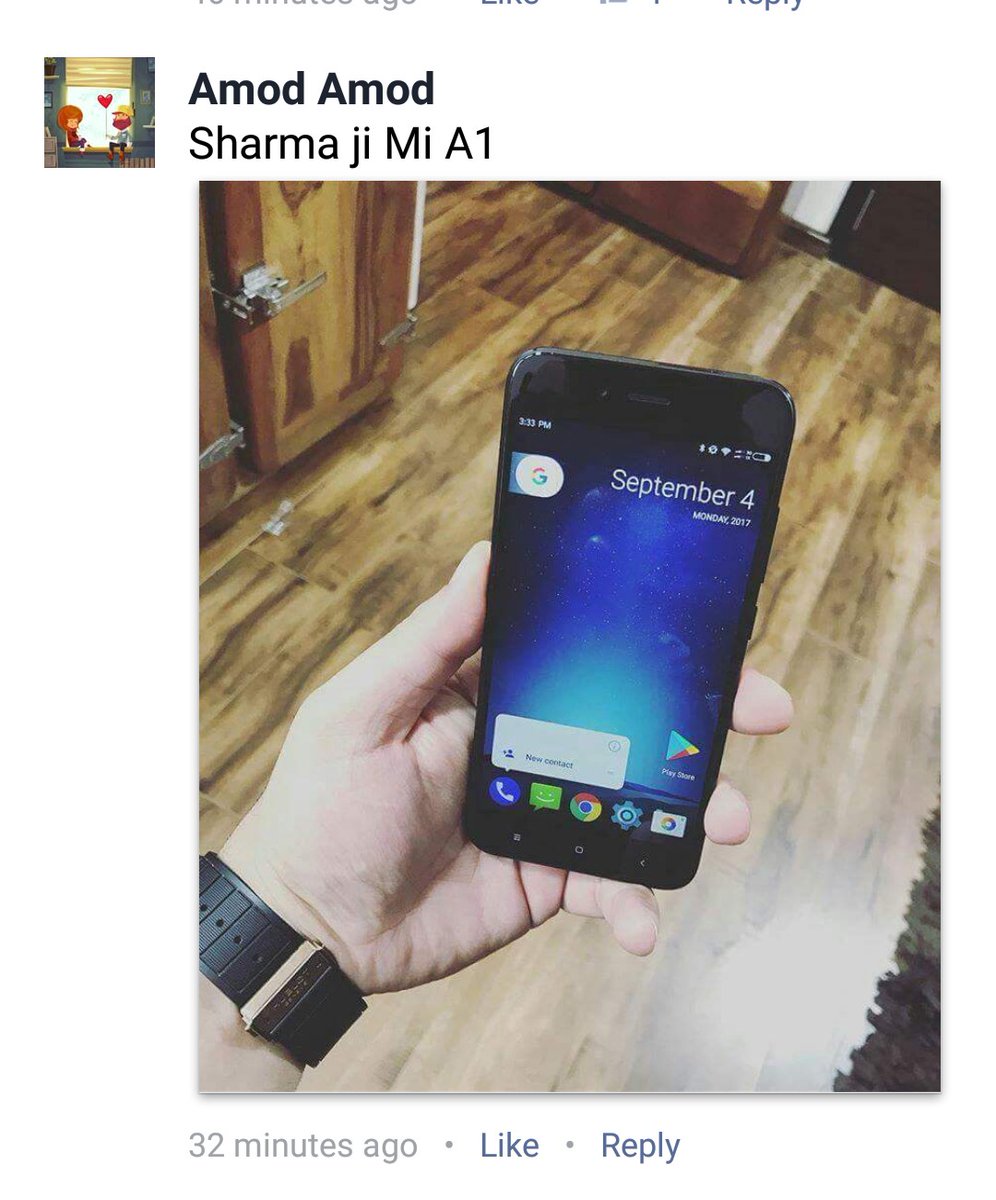 Now the smartphone is leaked in real life picture of it. The image shows the device from front side. The device comes with stock Android . It also comes with Pixel like launcher out of the box. Quick actions are also supported on this launcher and we can confirm that by looking into this image. The diaper already is already showing us the quick action.

The only thing we noticed different from Pixel phones is it’s status bar. The Xiaomi A1 comes with status bar inspired by MIUI.So we advise you to take this with a pinch of salt as the leak creates some doubt as well.