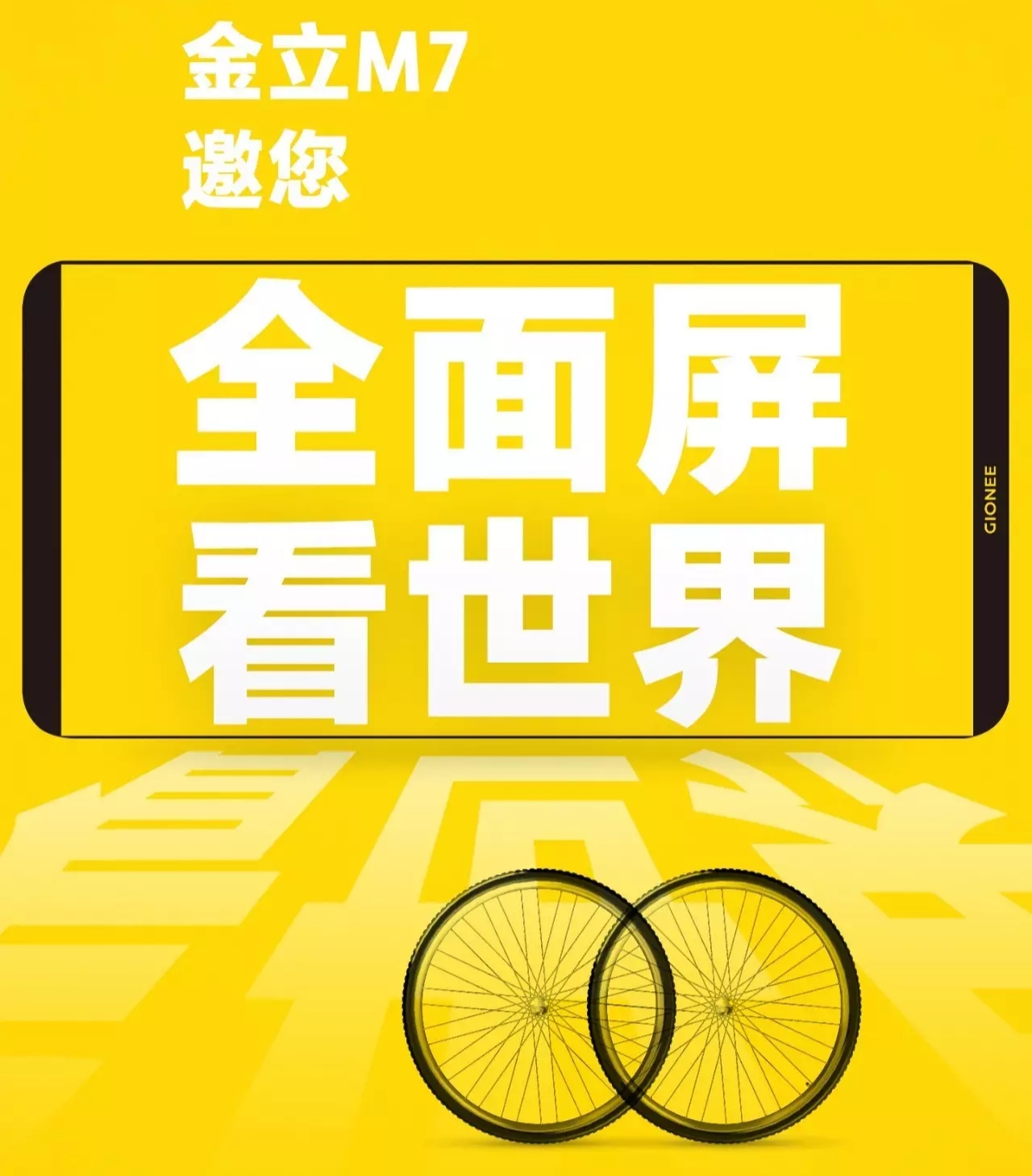 With the Samsung Galaxy S8 and LG G6, we got a new standard in smartphones and smartphone displays. Both the OEMs introduced a new tech for better display and so called bezel less displays.

We have already seen many OEMs adopting the 18:9 aspect ratio for their flagship smartphone displays. Micromax has already introduced the Micromax Infinity smartphone with infinity display, we have the LG Q6 series and much more. The next OEM to join this is the Gionee. The company is already teasing for a new smartphone release with bezel less display with an aspect ratio 18:9 which is same as LG G6, LG V30, LG Q6, Samsung Galaxy S8 series and the Micromax Infinity smartphones.

The first smartphone from Gionee to come in the bezel less display series is it’s flagship, the Gionee M7. The  smartphone will come with ‘Gionee’ written in the bottom front portion of the device. Two bicycle wheels are also shownn in the teaser which could portray presence of dual camera setup on the back. We highly expected a dual camera on the back as it is now in the trend and many more OEMs are opting for this.