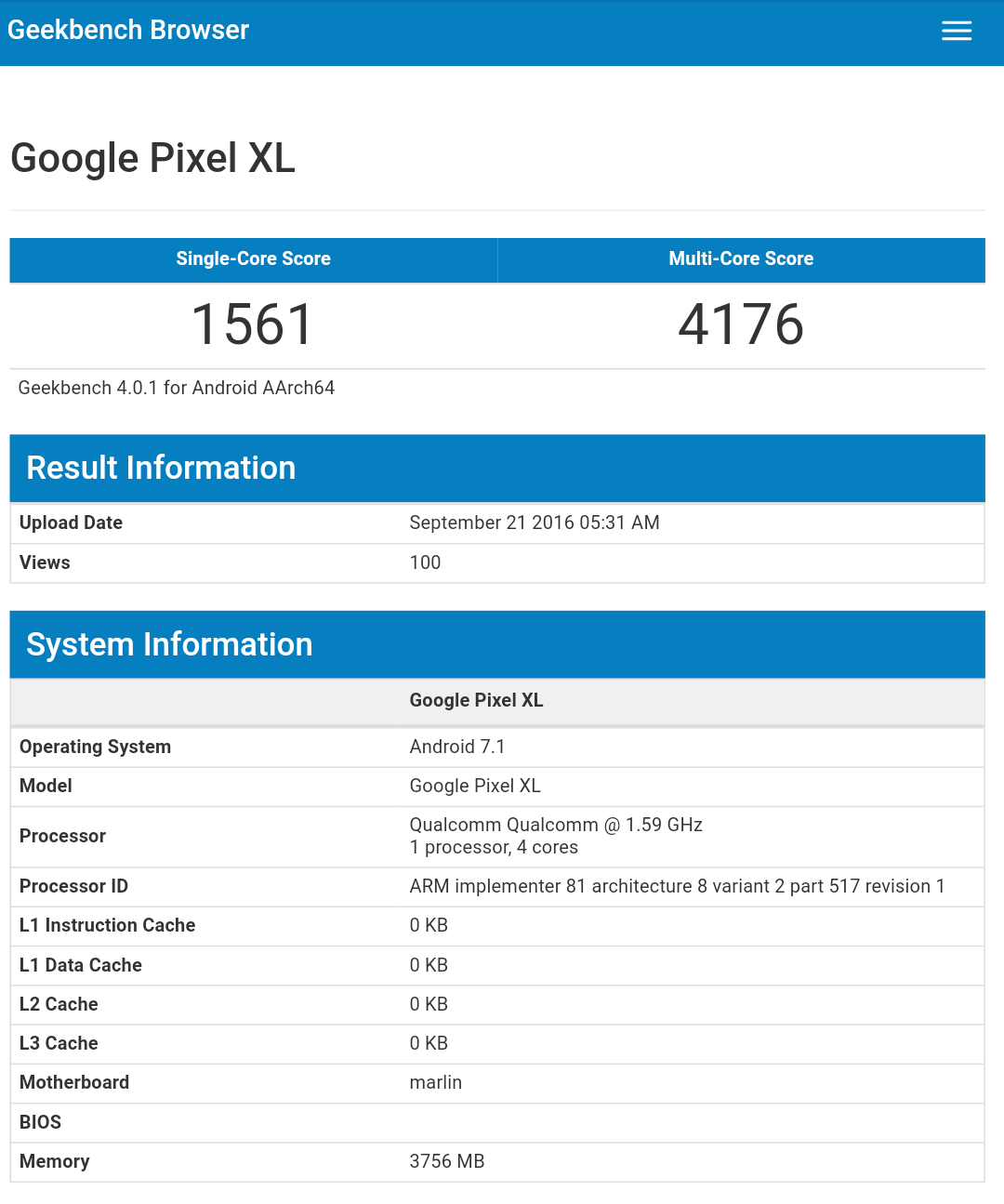 Now the device gas been spotted as ‘Google Pixel’ being listed onthe benchmarking site Geekbench. We have already seen the listed as Marlin. The Google Pixel listing confirms some of thr specifications of already leaked Google Pixel XL smartphone. As per listing, the Google Pixel XL will come with a Quad-core 1.6GHz processor. It has Android Nougat 7.1 as the base OS.