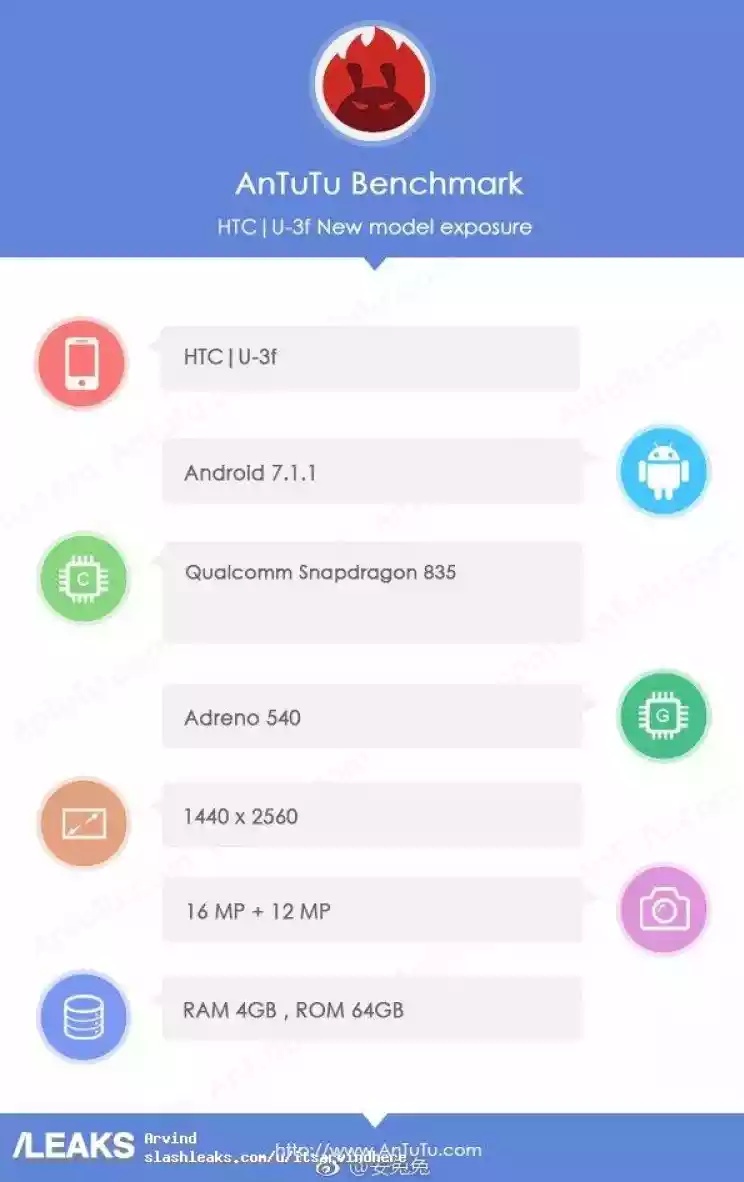 HTC U 11 is the upcoming Flagship product from Taiwanese manufacturer HTC. HTC hasn’t been doing good in the smartphone industry since quite a while.

We have already seen many news and leaks about the upcoming flagship smartphone from HTC. It was recently reported visiting Geekbench, the known benchmarking site with Snapdragon 835 SoC. It was also reported previously that HTC will be launching the HTC U or HTC Ocean as HTC U 11 to public. We have already seen some rumored specifications and renders of the HTC U Ocean smartphone. It is scheduled to be officially unveiled on 16th May. It was reported in HD renders. The Flagship smartphone from HTC for 2017 was teased as HTC Ocean. Three devices​ were supposedly coming to us under the HTC Ocean series. The official specs sheet of HTC U 11 was also leaked recently.

Now the HTC U 11 has been spotted visiting the benchmarking site AnTuTu. It was already spotted visiting benchmarking sites like Geekbench. The AnTuTu listing shows it to carry a Quad HD (2560x1440p) display. There is an Octa-Core Qualcomm Snapdragon 835 SoC in it which is pretty obvious as we have already seen that. The AnTuTu listing shows 4GB + 64GB variant of the HTC U 11. There will be a 6GB +128GB Variant also there.