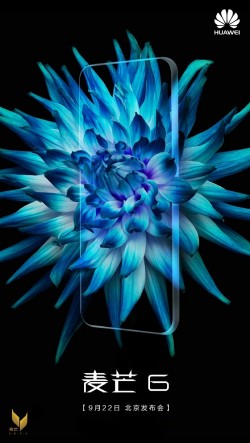 The official unveiling for the Huawei Maimang 6 aka Huawei G10 is scheduled to happen on 22nd September. The company has officially revealed the launch poster with the event details on it. It has got render of a tall phone that simply makes it clear that the upcoming Huawei Maimang 6 will use 18:9 display ratio in it.