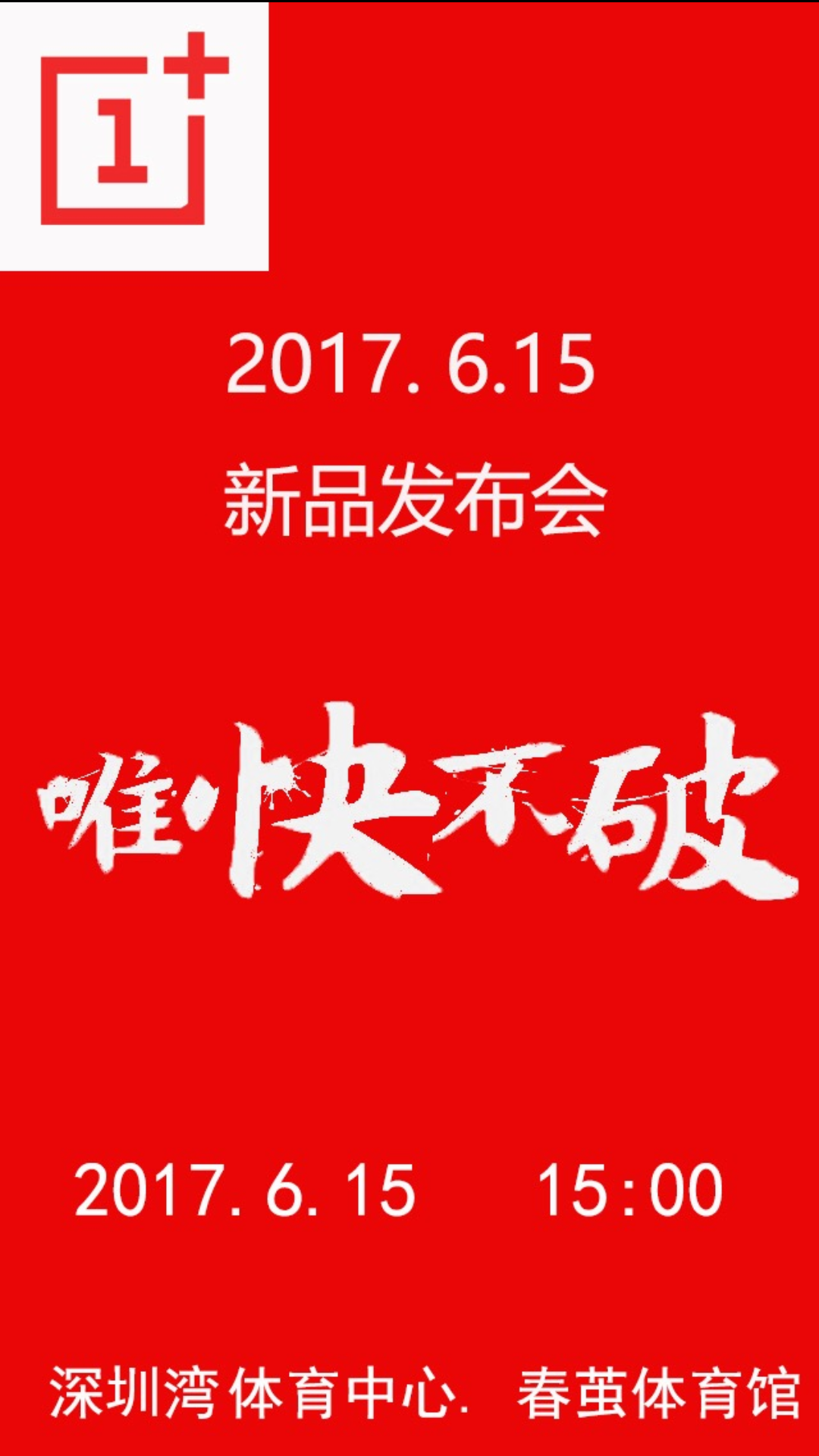 Yesterday the company announced a poll about the retail box design of OnePlus 5 in India as well as for Chinese fans. Recently we reported about the official teaser of OnePlus 5 with camera sample. The company had already confirmed that the OnePlus 5 will come with Qualcomm’s Snapdragon 835 chipset. Recently we reported that OnePlus’ CEO has confirmed presence of the fingerprint scanner on the front in the upcoming OnePlus 5.

Now we have some information that tell us about the official launch of the smartphone. It is actually a leaked poster that shows us the launch date. The launch poster is in Red color with fronts used in white. It has OnePlus brand logo on the top left side. There is date written as 2017.06.15 which clearly means 15th June, 2017. Other text that we could read is 15:00 which means 15:00 hours i.e. 3PM in the afternoon.