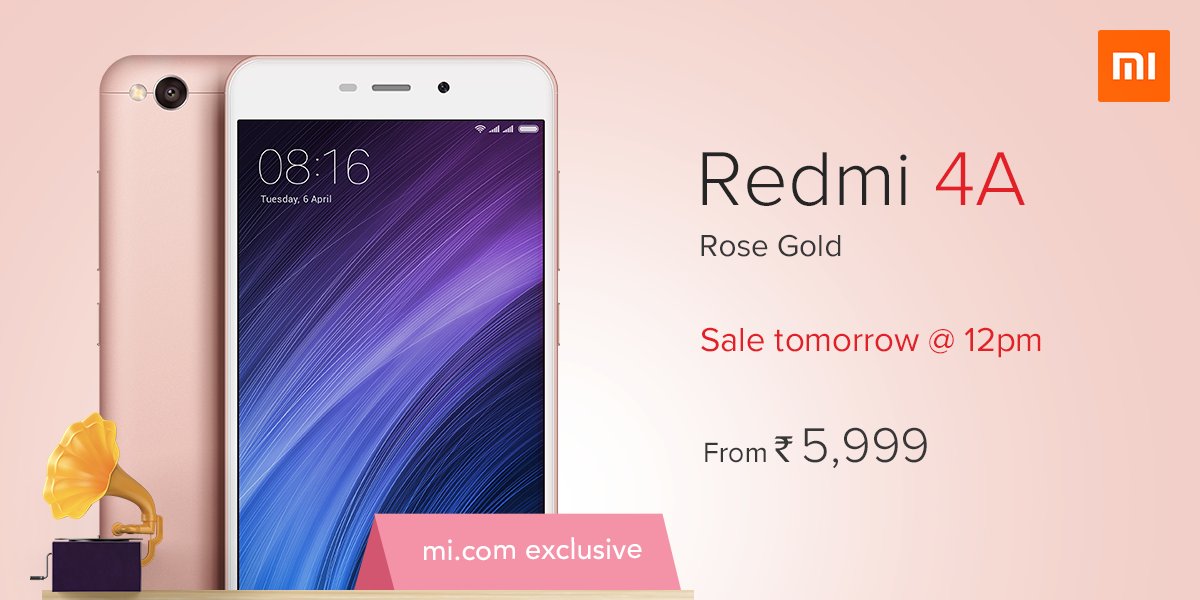 Xiaomi is already conducting the Mi Fan Festival for the year 2017. The company has already announced some exciting offers on range of Mi and Redmi devices.

Xiaomi has announced using the official Twitter handle of Redmi India that there will be a Rose Gold color variant on sale in India on 6th April. To those who want a reminder, tomorrow on 6th April, the company is holding sale day of Mi Fan Festival in India.

Pink is Powerful! A brand new variant of Redmi 4A goes on sale on the most exciting day – #MFF2017 <3 RT to stand a chance to win an f-code. pic.twitter.com/vEthZj4Ba8