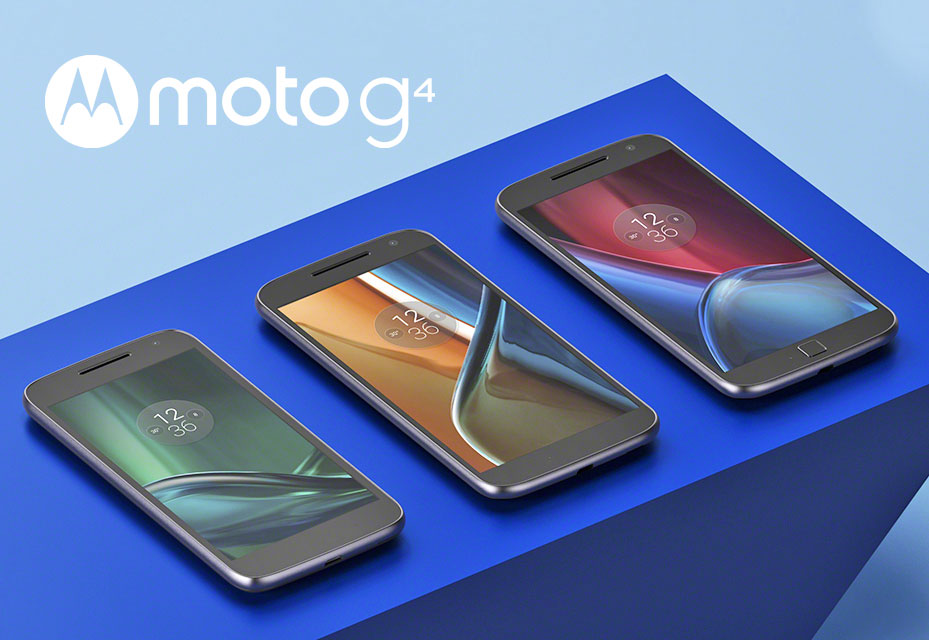 Moto G4 and Moto G4 Plus have seen many rumors and leaks on the way to their launch tomorrow and today Motorola have made them official. Read on for all the details about Pricing, Specifications, Features, Release Date and How to buy below. Moto G4 and G4 Plus boast of a 5.5-inch, 1080 display and are powered by Snapdragon 617 Octa-core processor. Moto G4 has a 13 MP while G4 Plus a 16 MP rear camera. Moto G4 Plus also packs a FingerPrint sensor which is missing on Moto G4.

You can read detailed specifications, features and other details about these two devices by clicking on Moto G4 and Moto G4 Plus. You can also compare these two devices to others by going to our compare devices page.

Price, How To Buy & Release date:

Motorola has not announced the availability details of the Moto G4 or Moto G4 Plus. Coming to pricing, Moto G4 Plus will come in 2GB RAM+ 16GB storage variant starting at Rs 13,499 and the 3GB RAM + 32GB storage variant will be priced at 14,999. Both Moto G4 and Moto G4 Plus smartphones will be Amazon exclusive. Company didn’t reveal Moto G4’s price, and it will be known closer to release date.

Motorola was once a very famous company in the mobile world but with the evolution of smart OS for mobile, the company was not left as a major player. The position started degrading as Apple, Nokia & Samsung took over the smartphone market. But later in 2012, the company returned back with new products that were called the first Gen Moto G, then we had Moto X, Moto E etc. Moto G was the most successful smartphone for the company till date. it saw thousands of device sales withing a day of its launch.