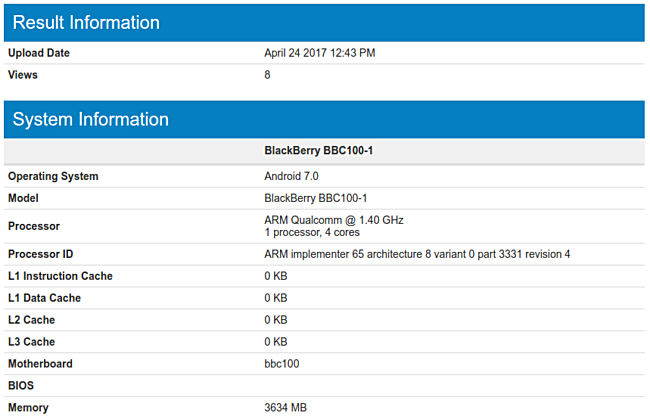 Now it seems the company is working on another smartphone under the BlackBerry branding. A new BlackBerry smartphone with model number BBC100-1 has now been spotted visiting the benchmarking site Geekbench. As per the Geekbench listing, the BlackBerry BBC100-1 comes with 4GB of RAM in it which is good enough. In terms of the chipset used, it is mentioned to be a Quad-core @ 1.4GHz from the house of Qualcomm Snapdragon. At the moment, wr can assume it to be the Snapdragon 425 Mobile platform only.

But Snapdragon 425 being coupled with 4GB of RAM doesn’t seem to be a good combination. The device runs Android Nougat 7.0 out of the box.