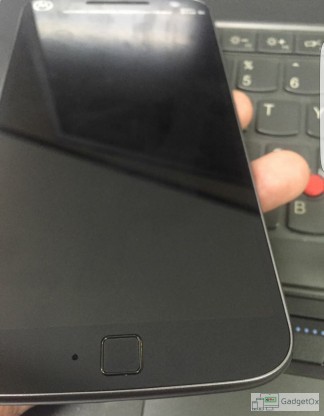 Yesterday we reported about Motorola testing the Moto G4 Plus phone for 2016 with fingerprint scanner on the front.

Now we have some real life images leaked which shows the device from front as well as back side. If we start from the front, it is having a fingerprint scanner on the bottom on the front side which makes the bezel thicker. It also has the microphone just adjacent to the fingerprint scanner. On the top, there is earpiece with ‘M’ logo of Motorola.

Now if we take a look at the back side of the phone, it is clear that the camera module is having nearly similar design to that of current Moto devices. The flash is under the camera. if we take a close look, we have two new dots visible above the camera which could be laser auto focus.