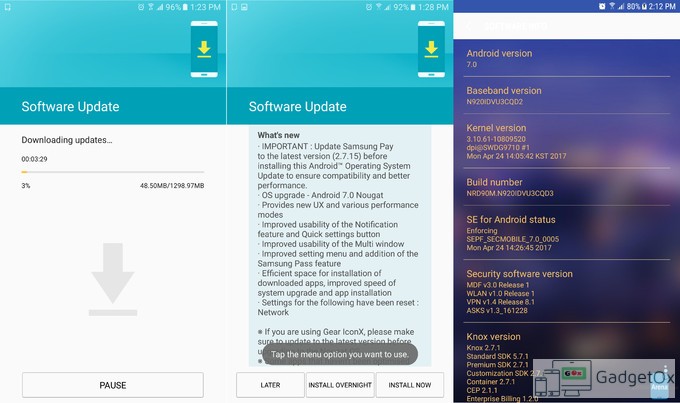 Samsung has quietly started pushing Android 7.0 Nougat update for the Galaxy Note 5 in Europe. As reported by PhoneArena, Nougat update is currently hitting Note 5 devices in Romania and is expected to roll out to other European countries, soon.

In case you are curious, the Android 7.0 Nougat update weighs in at around 1.3GB, and comes with the March security update, which is a bit odd considering the fact that most of the device manufacturers have already rolled out Google Security patches for April, at the least.

If you are living in Europe, and carry a Note 5 device, be sure to check for updates. Also, make sure to connect your device to Wi-Fi and have enough free storage plus battery charge, before attempting to download it.