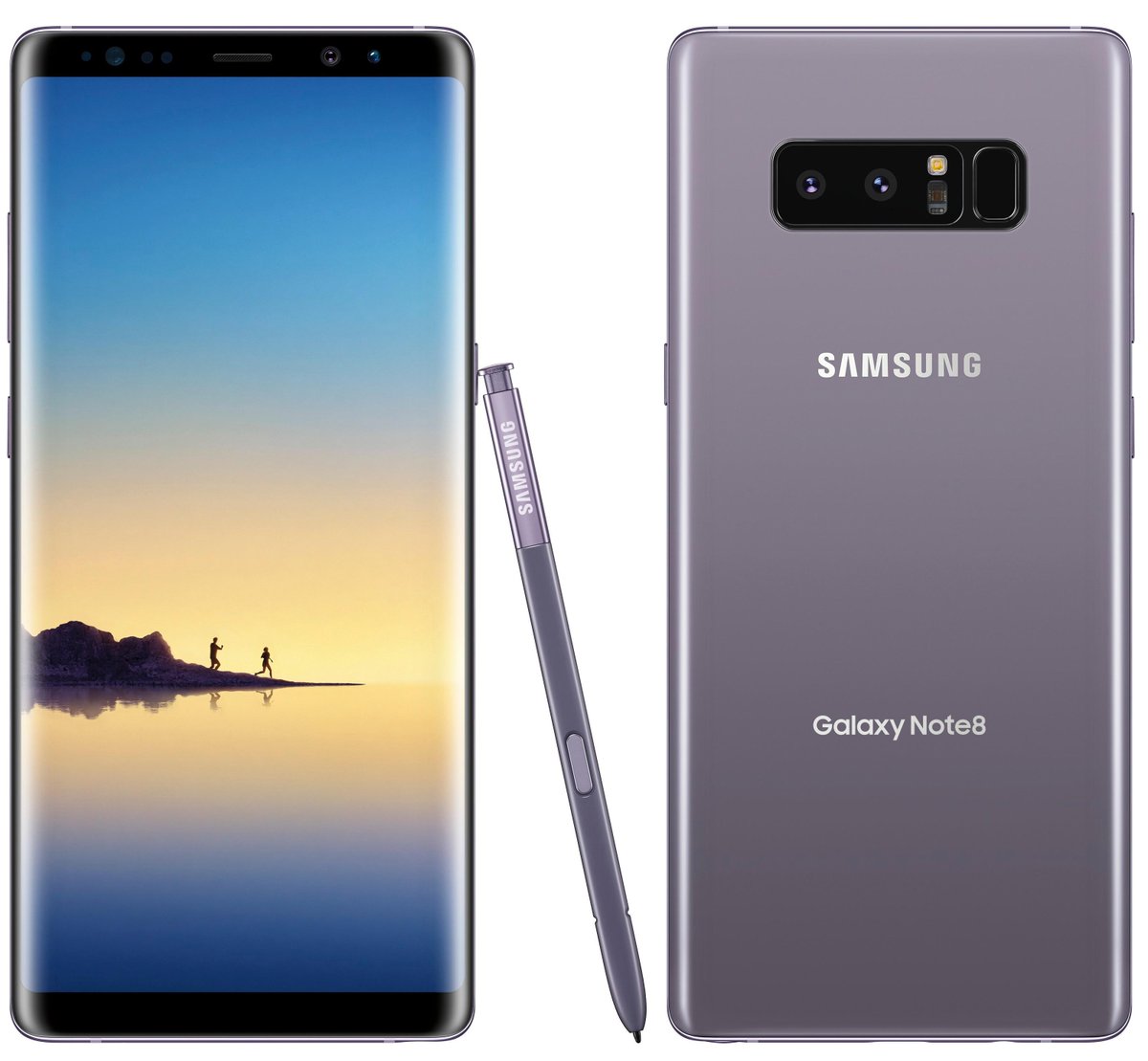 As expected, yesterday at an event in New York City, Samsung has officially wrapped off it’s next flagship that is going to stand against the likes of iPhone 7s and iPhone 8.

The Samsung Galaxy Note 8 brings design elements inspired by the Galaxy S8 and Galaxy Note 7. It is a blend of the two above mentioned devices. The smartphone comes with big 6.3-inch Quad HD+ display with an aspect ratio of 18:5:9. The display panel used is company’s own Super AMOLED panel with a resolution of 2960x1440p. Samsung has also enhanced the RAM in Note 8. Previously with Samsung Galaxy S8, the company introduced 6 GB RAM variant but in Limited countries. Now with the Galaxy Note 8, the trend is getting changed. All the users across the globe will see 6 GB of RAM in their Galaxy Note 8 smartphone. 64 GB of internal storage is basic but you can always add a Micro SD card for your extra storage needs. There are 128 GB and 256 GB internal storage variants also. The smartphone is powered by two different chipsets, both made using 10nm process. The company will be using it’s own Samsung Exynos 8895 or Qualcomm’s Snapdragon 835 SoC in the Galaxy Note 8 depending upon the region.

We think the USP of Samsung Galaxy Note 8 could be its camera. We know that camera in Samsung smartphones have always been the best ones. When the world started shifting to dual sensors on the main camera, the company was doing magic with single sensor only. But now the company is taking the smartphone photography to the next level by setting up a benchmark in the mobile camera, thanks to the dual camera setup in Galaxy Note 8. The smartphone comes with dual 12 MP sensor on the back. One of which is the main wide-angle lens with f/1.7 aperture and the second on is telephoto one with f/2.0 aperture. The company is also touting Galaxy Note 8 to be world’s first smartphone to bring OIS in both the sensors on the back.  In the front, it has got an 8MP snapper with wide-angle lens and f/1.7 aperture.

The Samsung Galaxy Note 8 comes in Midnight Black, Maple Gold, Orchid Grey and Deep Sea Blue colors. It is now up for pre-order and hit the stores starting 15th September.