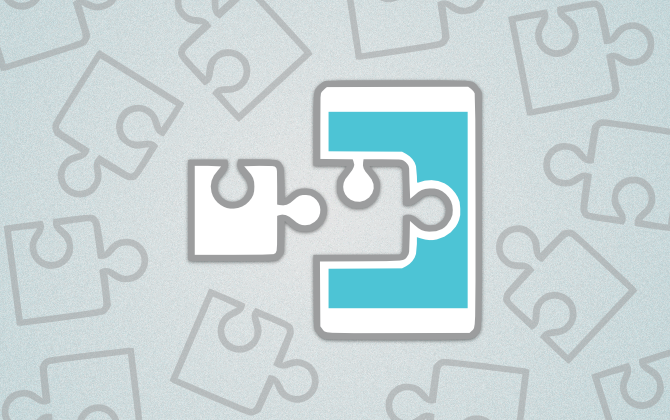 Xposed is very widely used tool by Android users who know about rooting and custom recovery. It is very well known fact that rooting voids your phone’s warranty but it is officially supported by many OEMs.

How to install Magisk systemless root interface for Android

If you want to get some more features into your phone without changing your device, this is what rooting can bring to your droid. After your Android smartphone is rooted, you can install xposed for your device and start using some unique and not officially available features on your phone. With xposed , you can even use features available in some top end phones also. It also brings you the freedom to choose from different other modules into the xposed app.

Read the full post by Rovo89 here. It seems we will have to wait some more for the Xposed module for Android Nougat.

That said, I’m now at a point where I’m wrapping up some things, reviewing the big amount of changes I’ve done in the last months and clustering them into individual commits to keep the overview. I think I got some really nice technique working to ensure that the apps can still be compiled with all the optimizations enabled. When a method is hooked, its callers will be deoptimized, but can later be compiled again (with optimizations, but also knowing about the hook). That’s possible in Nougat thanks to JIT, which wasn’t enabled in previous versions. So it’s not just a simple port of Xposed, important parts are actually re-invented. There are still many tasks though before this can work beyond my test cases, so you’ll have to be patient and stay tuned!

“There’s not much to say at the moment – I haven’t started looking into Nougat support yet, expect for syncing the source code to the build server. I didn’t have that much time for Xposed in the past weeks/month, due to vacation, sickness, private stress and for many other reasons.
The time I had was spent mostly on the server move a while ago and on preparing a new version of Xposed Installer, which would be the prerequisite for the official systemless Xposed. I’m still working on that, and it’s much more effort than I had thought due to all those little and bigger things that I want to change/improve. I was wondering whether I should pause these efforts and look into Nougat instead, but two huge projects in parallel are just too much when you have only a few hours per week. Besides that, Nougat usage seems to be still pretty low.
That means: I’m working hard on finishing the work on the installer. Once that is done, I’ll either try to get systemless support out (as that was the reason to get started with the installer) or start with Nougat. Not sure yet. Maybe a combination of both, as I’m not sure whether stock ROMs will still run with modified /system at all ” said Rovo89 on 30th September.

On 8th November 2016, he had another update regarding the progress of work on Xposed for Android Nougat. He said that he and some other members are working on it but the JIT for Xposed was having some problems at that time. His official post says, ” Hooks are generally working now. However, they’re still unreliable for inlined methods and when JIT is used (which is often the case). I had give a few technical insights here. I’m currently thinking about the different situations that need to be handled and I create unit tests for them. Then I need to fix those which are failing or even crashing the device – ideally without recompiling the whole ROM like in previous versions. Not sure if the latter is possible though ”

What this means is that Xposed for Android Nougat is still in works. Although it is taking a little longer than usual but we hope that it will be soon available.

December 15th 2016 brought some good news for Xposed lovers who wanted it on Android Nougat as it was now officially available on Android Nougat. A new developer named Ibuprophen had started the development of Xposed for Android Nougat. His 15th December post had some information saying, ”  I also had just created a test flash for installing the BusyBox Stericson 1.25.1 Binary that looks like it is working with Marshmallow and Nougat ROM’s. It also looks like the Symlink is working too.
I had worked on this because of the errors I was receiving when I was attempting to flash the BusyBox Binary flash file after the November Marshmallow and Nougat Security Patches were implemented (as everyone knows of the mess it also created for others like the Framework Rovo89 had to address).
I do have a test one I’ve finally finished and it seems to be successful on my end with the Marshmallow and Nougat i tested on in my device and should work on most of (but, may not on all) devices.
I do plan to create a thread soon for testing and, hopefully, full release.”

He started doing great. He had also developed a test build of Xposed for Android Nougat. But he got some issues after the implementation of November security patches.

On 30th January, Rovo89 once again came to XDA to publish some more development.  He also tried to explain why is it taking so much time. He said that upgrading from Lollipop to Marshmallow wasn’t a big change but just an evolution . But with Android Nougat, some basics and fundamentals have changed. His full post says, ” It seems that more and more people get nervous about whether (and when) there will be Xposed for Nougat or not, so I felt I should say something.

Why does it take that long? Because with every release, I try to ensure that Xposed integrates nicely with the improvements in the new ART version. The step from Lollipop to Marshmallow wasn’t huge. It was an evolution, some things even made it possible to integrate Xposed in a more elegant way. On the whole, it was mainly careful porting than rather innovating.

With Nougat, something fundamental has changed. If you’re using Nougat already, you’ll have noticed that installations are much faster now. That’s because APKs aren’t compiled immediately (AOT), but start in (slower) interpreting mode. Sounds bad, but they have enabled JIT, which will quickly compile those methods that are used very often. That will restore the well-known and constantly improving performance of native code. Besides that, ART keeps a list of these frequently used methods (“profiling”). When the device is idle, it finally does the AOT compilation, but based on the profiling data. After that, you get the great performance right after starting the app. JIT is still waiting in case the usage patterns change, and I think it will also adjust the profile and improve the AOT compilation.

That results in various different compilation states and more complexity. Besides that, there were many issues in the past caused by Xposed’s need to recompile the whole ROM and all apps: It sometimes caused boot loops when the odex files were too heavily pre-optimized, it blocked quite some storage space to store the recompiled files, and I needed to disable some optimizations like inlining and direct pointer calls. I hope that I can make use of the JIT compiler to avoid that in Nougat. If Xposed knew from where a method is called, it could invalidate the callers’ compiled code, so that they would temporarily use the interpreter. If they’re important enough, JIT will recompile them.

I have already done a lot of research and experiments for this and I’m currently trying to implement this. But as you can imagine, all of that is much effort and can easily take hundreds of hours. That’s net (working) time, not real time. If I worked on Xposed 24 hours a day, that might be done within a week or two. But, in the last year or so, my “time for Xposed stuff” was about 5 hours a week, sometimes more and sometimes less. You can do the math yourselves… There are just so many other (non-technical) things that I need or want to do. If you substract the time it took me to build the new installer version, move the repo to a new server and restore compatibility with the Nov 2016 security patches, that’s even less time for new stuff.

So yes, I’m still working on Nougat support, whenever my free time allows it, but I don’t have any idea when it will be done. Once it’s done, you’ll know.”