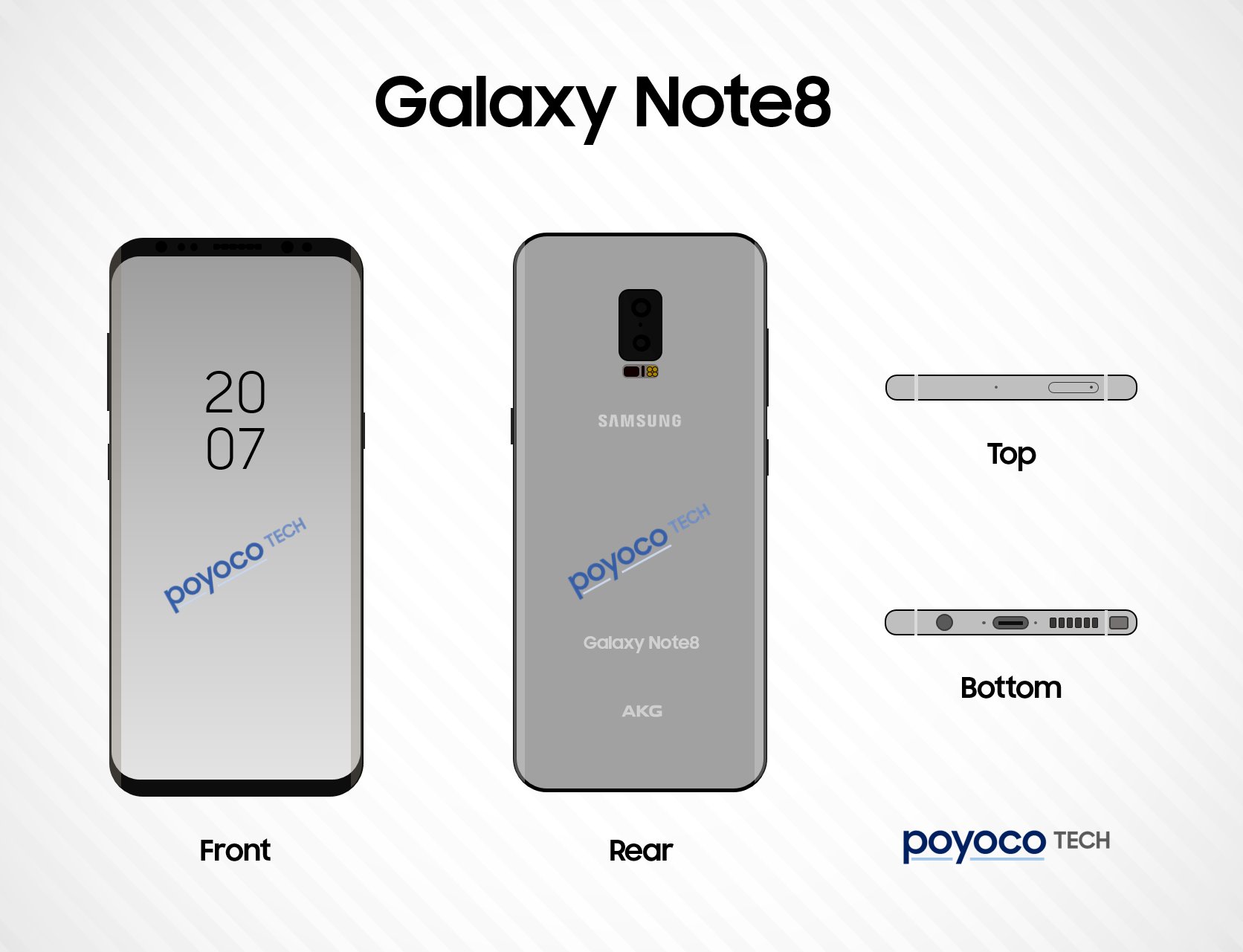 Now we have the very first schematics of Galaxy Note 8 leaked. The schematics shows us the Galaxy Note 8 with an improvement to the current design of Galaxy S8. It comes with everything more streamlined than the Galaxy S8. From the front, it looks exactly similar like the Galaxy S8. But when we look at the back, we get some major difference. The smartphone has got a dual camera setup on the back side. The dual camera setup had vertical camera sensors on the back. The LED flash and heart rate sensor is located just below the camera module. The power button is located on the right whereas the volume rocker and Bixby buttons are on the left. The camera module is based on Galaxy Note 3’s design.

On the top, it has secondary microphone and Sim card tray. At the bottom, we have the standard 3.5mm headphones jack. The USB Type-C port is situated in the center.  At the right side of USB Type-C port, we have the primary speakers grills. Just right to the speakers grills, there is a slot for S Pen. The S Pen is Galaxy Note 8 will be similar to the one in Galaxy S8 Note 7 with some minor improvements. It will have built in vibrator with which it can be located using My Galaxy by Find my Mobile. The Samsung Galaxy Note 8 will come with stereo speakers tuned by AKG which is a sub brand of Samsung and also supplied the earphones in Galaxy S8.