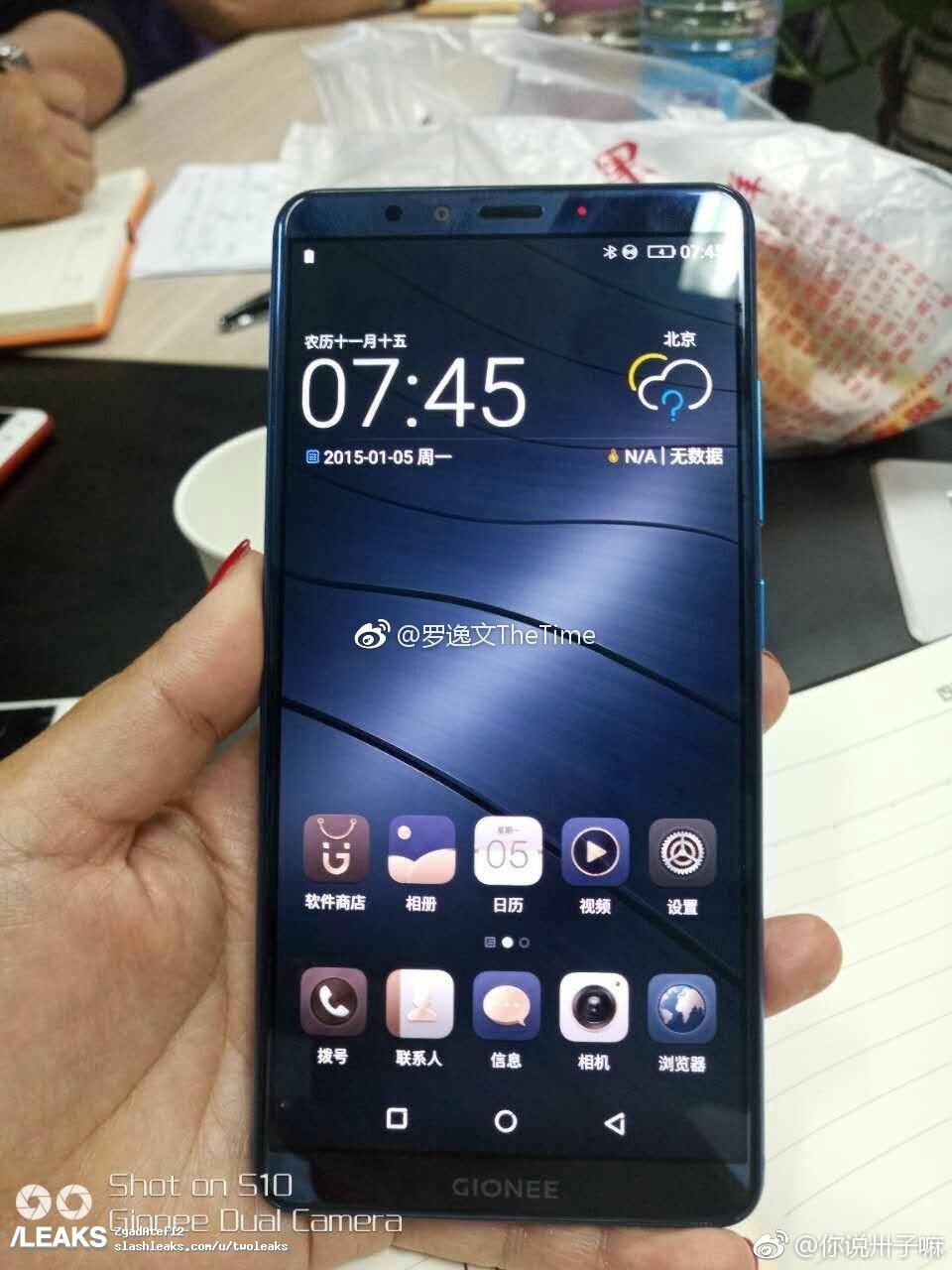 LG and Samsung took mobile enthusiasts 2017 into storms by introducing their own near bezel-less smartphones. LG introduced the LG G6 as world’s smartphone with FullVision display with an aspect ratio of 18:9. The second smartphone in that league was the Samsung Galaxy S8 series.

We have seen many more companies foraing into this segment with devices like Micromax Canvas Infinity and Vivo V7+. Now Gionee is also preparing for it. The first product from Gionee with 18:9 display will be the Gionee M7. The device was already spotted on the benchmarking website GFXBench with some major specifications.

Now the device is seen in some real life pictures. It is visible from the front as well as back sides in the hands on images. On the front it has got 18:9 display with a little larger than expected bezels. On the back, it has fingerprint scanner. The dual camera setup is also visible on the back side.